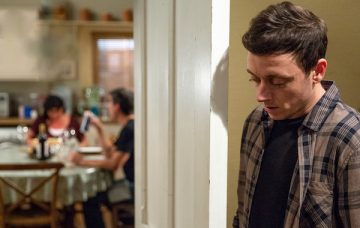 Emmerdale’s Matty Barton to die in aftermath of humiliating attack?

Matty's life is in danger...

In tonight’s Emmerdale, viewers will be left wondering if Matty Barton dies when he collapses.

Matty, played by Ash Palmisciano, has become a much-loved favourite in the soap since he arrived in the village.

We’ve seen him grow close to old school friend Victoria, coming to her defence as she was attacked by a fake private investigator and there was even a hint that their could be a romance between the pair.

Although it appears the pair are just friends, we love the friendship between the two and how well they support each other.

But is all of that about to change when Matty pushes himself too hard putting his life at risk?

On New Year’s Eve, Matty was attacked after running into ex-boyfriend Isaac from life as Hannah before he transitioned.

The gang also went on to attack Cain after he confronted them, leaving him badly beaten.

Unable to defend himself against his attacker he turns to Ellis Grant for help and attends a group training session in order to bulk up in case any more trouble with Isaac and his mates arises.

However, Matty pushes himself too hard and soon finds himself fighting for breath. He ends up collapsing on the floor.

Will Matty pull through?