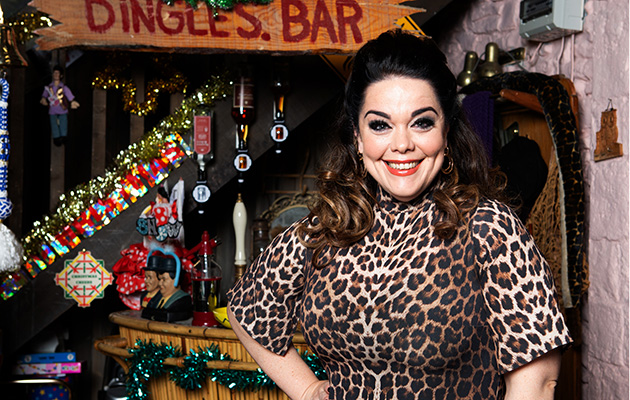 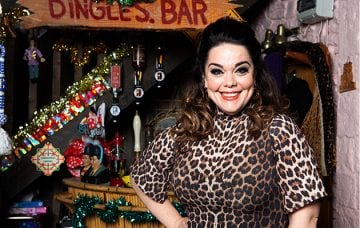 Emmerdale SPOILER: Mandy and Chas Dingle to be exposed as SISTERS?

Well, they do have a very convoluted family tree...

Mandy Dingle is just days away from her dramatic return to Emmerdale… but the reason for her surprise comeback has been kept top secret.

Until now that is…

It’s been 17 years since feisty Mandy (Lisa Riley) was last seen in the village and her re-entrance is set to be explosive.

But there’s a problem… She hasn’t been invited! (Perhaps she’s been taking notes from fellow gatecrasher Kim Tate!?)

Mandy’s visit is a huge shock to the bride and groom, but also to Paddy Kirk (Dominic Brunt) who is stunned to see his ex-wife turn up.

But why is she back? And how will this affect the Dingle clan? (Clue: Cat fight).

Naturally, Chas Dingle isn’t happy to see Paddy chatting to his ex, and rages at her love rival.

Sadly for the wedding couple, Mandy and Chas come to blows outside the church and a fight breaks out. (Great for viewers though, sorry Marlon and Jessie).

Luckily, the women eventually make amends, despite bad blood in the past … Could there be a hidden reason behind the animosity?

In an interview with Radio Times, actress Lisa Riley explains the beef between the pair, saying: “I honestly think Mandy and Chas are sisters. They are very similar in that they are confident but they live with bravado and hide it when they are hurting inside.

“The way they write for Chas reminds me of how they wrote for Mandy when I was here. If it turned out they were sisters it would be wonderful to explore, they are so similar and have both been through so much turmoil.”

Mandy and Chas have actually never appeared on screen together as Chas joined the show shortly after Mandy’s exit, but there’s obviously a backstory – and that’s even before the fact they’ve both been in love with the same man!

There’s the added revelation that Mandy has a 16-year-old son, called Vinny. Could he be Paddy’s son? In which case does that make Chas Vinny’s auntie or nearly step-mum?

Best not to ask, we reckon…

Mandy’s mother is Vera-Lynn Dingle, who has never been seen on screen. Her father is said to be Zak Dingle’s brother, Caleb, who made one appearance in the soap, back in 2000.

Chas’ mum is Faith Dingle, while her father is thought to be Zak’s brother, Shadrach, who died in 2010 when he drowned in a river.

Do you think Mandy and Chas could be sisters? Leave us a comment on our Facebook page @EntertainmentDailyFix and let us know what you think!