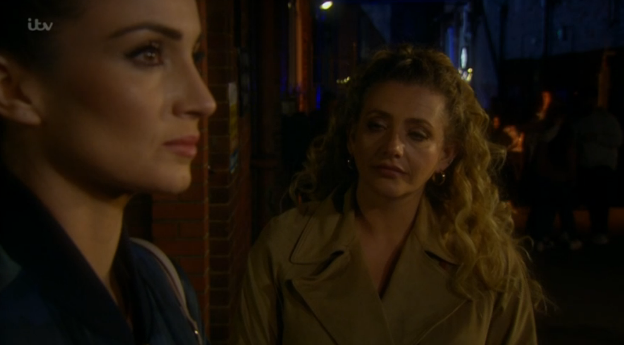 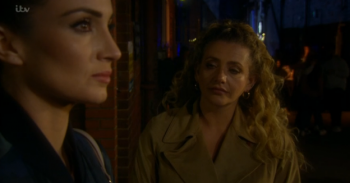 Emmerdale: Will Leyla murder Maya? And 3 other burning questions

There will be huge fall-out from the Big Night Out!

It’s the moment Emmerdale fans have been waiting for ever since the Jacob and Maya grooming plot began.

Finally the grown-ups have discovered what’s been going on right under their noses… and the fall-out fizzed furiously.

And let’s just say, if looks could kill, Maya would be dead, because Leyla had murder in her eyes as she clocked eyes on the teacher after discovering she’d been abusing her teen son.

The shock revelation came in the second outing of tonight’s Emmerdale as Maya disappeared from the nightclub where she’d reluctantly gone for a night out with some of the villagers.

Maya had just caught David snogging ex Tracy after warning him off his plans to propose to her.

She was furious about it – unjustly – but also smarting because Jacob had disappeared off to see his aunt in Portugal after a furious row, suggesting their twisted relationship was done.

But Jacob had calmed down since arriving at the airport and couldn’t fly off without saying a proper goodbye to his girlfriend.

Unfortunately for them, Priya was watching outside the club as Jacob pulled up in a cab and Maya proceeded to snog him!

As the nightclub emptied, Priya told incredulous Tracy and Leyla what she had seen.

Leyla then texted clueless Maya and told her Priya had arrived to give them a ride home.

But as Maya prepared to get into the car, Leyla made it clear she knew everything… and that the night was just about to begin.

And then, of course, the credits rolled!

So, what’s next? Obviously events are shrouded in secrecy and won’t be revealed for another fortnight, as the soap plays out flashback episodes.

But what are the burning questions on all fans’ lips?

Read more: Viewers think Maya’s face has given something away

Will Maya be murdered? 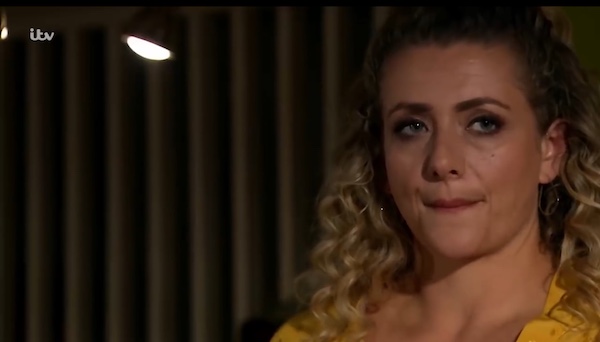 Hell hath no fury like a mum discovering her housemate is abusing her teenage child, and Leyla certainly looked pumped up enough to kill.

Various actors involved in this plot, including Louisa Clein (Maya) and Amy Walsh (Tracy), have warned that it takes a very dark turn…

Was Victoria drugged and attacked?

The nightclub was evacuated after Kerry accidentally crashed into the fire alarm, and Victoria was seen swigging from a bottle of fizz, apparently smashed.

The last sighting of her was as she seemingly looked at someone she recognised, and her vision blurred.

Who will Billy stab?

He was spotted tucking a knife into his sock as he walked down a dimly lit alleyway… was he off to do some damage to someone? Or had he already done it? He’d come to the club after receiving a menacing text from criminal Max, who was there spying on his brother Ellis.

Max was booted out of the club after a tussle with Ellis, who then delivered some scathing home truths to his brother, spitting that Billy will end up back in prison.

Will Rhona cheat on Pete?

She and Pete fought yet again, prompting her to tag along on the night out. With her hormones all over the place, she’s paranoid about his ex Debbie and convinced he’ll realise he’ll be better off without her.

At the club, she got very cosy with one fellow reveller, leaving the club with him holding her hand…

Leave us a comment on our Facebook page @EntertainmentDailyFix and let us know what you think happened.