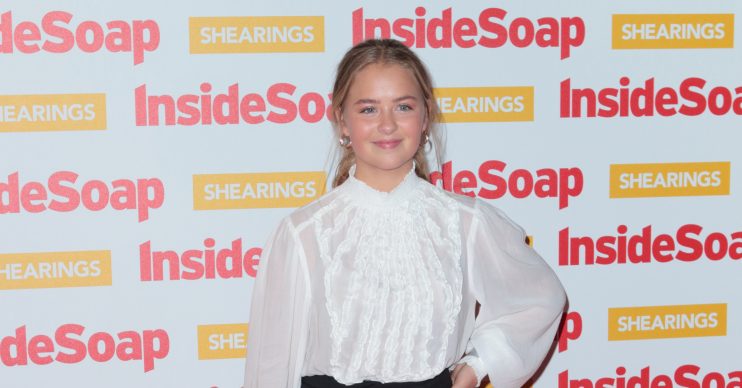 Isobel has already released an EP this year!

Actress Isobel Steele, who plays Liv Flaherty in Emmerdale, has announced she will be releasing a new single this month.

The singer/songwriter announced the news on her Instagram page.

NEW SINGLE OUT 20TH DECEMBER. “In your Case” Production by @mearschris93

She wrote: “New single out 20th December ‘In your case’.

Fans rushed to express their excitement.

A second commented: “Your most recent LP is literally all I listen to omg.”

A third added: “You have an amazing voice.”

Isobel released her EP called Sounds from the Lounge last month and she revealed it had 17,000 streams in the first three weeks of its release.

Currently, Isobel is enjoying a well-deserved holiday in Gran Canaria with her mum.

She has posted several pictures of her relaxing in the sunshine.

As well as releasing new music, Isobel has been involved in a main storyline in Emmerdale.

New single out 20th December ‘In your case.’

Liv’s brother Aaron has been struggling since his husband Robert was sentenced to life in prison for murdering Lee Posner.

Lee raped Robert’s sister Victoria which resulted in her getting pregnant.

Robert was moved to a prison on the Isle of Wight but decided not to tell Aaron.

Once he was transferred, he stopped Aaron from having contact and sent him divorce papers.

Next week, when Robert sends Victoria a letter, Aaron is heartbroken and goes to the woods where he breaks down in tears.

She moves closer to the water to inspect but soon has another seizure and collapses.

Alone and vulnerable she falls to the ground, will someone find her?