Chris Bisson, who plays Jai Sharma in Emmerdale, appeared on Lorraine today (January 21 2020) where he accidentally dropped a spoiler about Graham Foster's murder.

On the show, host Lorraine Kelly revealed they had an exclusive clip from tonight's episode of the ITV soap, which showed Graham and Jai nearly having a head on collision as Jai held a bag of drugs.

As Jai gets out of the car and confronts Graham, Graham accuses Jai of being back on drugs. 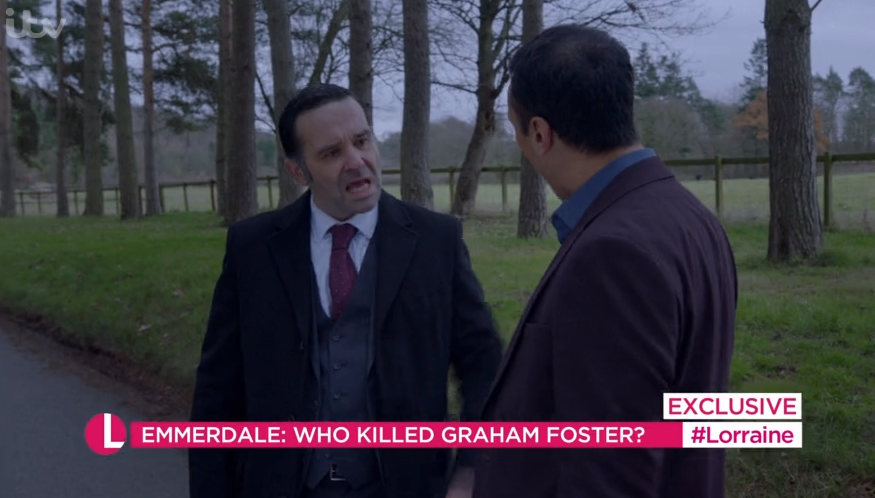 Back in the studio, Chris was speaking about his children and he said: "I'm not sure I want Harry watching this stuff tonight where [Jai's]  taking drugs and things like that.

"But he did ask me about stuff that was going on and that fight scene... Well that turns into a bit of a fight. 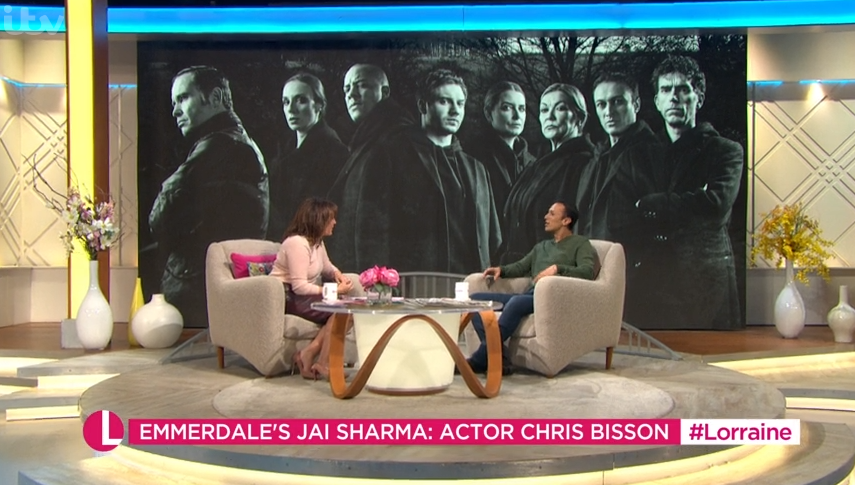 Chris revealed there is a fight between Jai and Graham (Credit: ITV Hub)

The actor then paused and said: "Oh anyway I'm telling you too much now."

Viewers didn't see who killed the businessman, but every night this week we will see why each suspect wanted Graham gone and the events leading up to his death.

Graham's killer will be revealed later in the week. Who do you think killed him?