Young Emmerdale actors Amelia Flanagan, Harvey Rogerson and Alfie Clarke look grown up as they head back to school after the summer holidays.

Amelia's mum Rachel posted a picture of her daughter, who plays April Windsor in Emmerdale, on Instagram.

And just like that my little girl seems so much bigger. Go smash grammar school my bright little thing ❤️

Rachel captioned the post: "And just like that my little girl seems so much bigger. Go smash grammar school my bright little thing."

Amelia wasn't the only one heading back to school as Harvey Rogerson, who plays her half-brother Leo Goskirk, starts year four.

And just like that my little girl seems so much bigger.

The picture was captioned: "First day of high school for Alfie. #FirstDayOfSchool2019."

Amelia and Harvey both joined Emmerdale back in 2014.

Alfie joined Emmerdale back in 2009 when he was still a toddler. 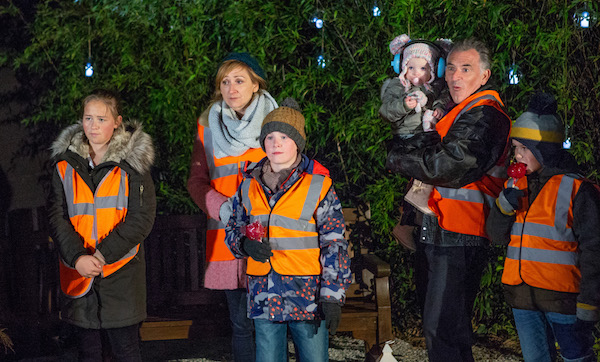 Some of the young Emmerdale actors went back to school today (Credit: ITV)

Currently on-screen April has been in the middle of family drama as Jessie's ex-boyfriend Al has come to the village as Kim Tate's business partner.

As she went to tell Arthur, he already knew and gave his mum and Jai his blessing.

Did your kids go back to school today? Leave us a comment on our Facebook page @EntertainmentDailyFix and let us know what you think!