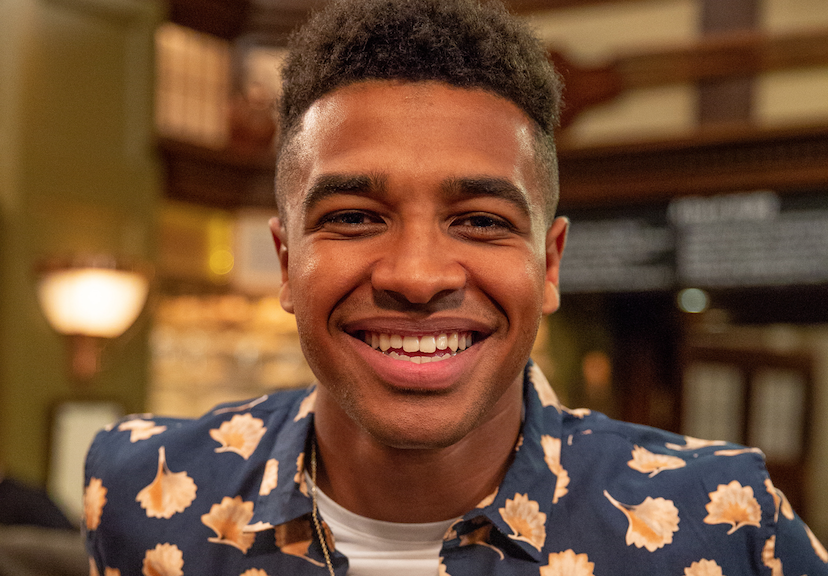 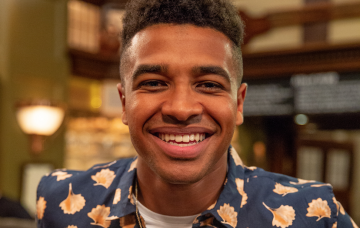 He joined the soap last year!

Emmerdale’s Asan N’Jie has shared a throwback picture of him as a child to celebrate his mum’s birthday.

The Emmerdale star, who plays Ellis Chapman, posted the picture to his Instagram of his mum holding him as a little boy.

He captioned the picture: “HAPPY BIRTHDAY MOMMAAAAA! Love you to the moon and back! You’ve gave your life to me and it’s made me everything I am.

“Here’s to the single mums who are absolutely REPPIN IT!” [sic]

Fans were quick to comment on the pic, saying how cute little Asan was and wishing his mum a happy birthday!

Ellis arrived in the village last year after meeting Victoria Barton on a dating app. It was soon revealed he was the son of Hotten Academy’s headteacher Jessie Dingle.

Ellis told his mum he had dropped out of university and decided he didn’t want to be a PE teacher.

Jessie’s boyfriend Marlon offered Ellis his spare room and he moved in with them and Marlon’s daughter, April.

At Jessie and Marlon’s wedding, Ellis’s older brother Billy arrived after coming out of prison. He was inside for assault after beating a man up with a group of friends.

During Emmerdale’s Big Night Out, Ellis was stabbed after kissing a girl Kiera he had met that night.

Whilst Kiera and Ellis were together, his brother Billy was being confronted by Riley’s brothers.

Although everyone assumed Ellis had been stabbed by Max, a former accomplice of Billy’s, it was revealed in flashbacks Riley’s brothers had stabbed Ellis, and Kiera was their sister and was distracting him while they went after Billy.

After Billy got away they targeted Ellis.

Since the attack Ellis has been on edge and knocked stepdad Marlon over the head with a rolling pin thinking he was an intruder.

Read More: Emmerdale’s Ash Palmisciano reveals message from transgender fan and is “happy” that his character Matty can help

Manpreet suggested that he could be suffering with PTSD.

Last week, Max turned up at Tall Trees cottage and held Marlon, Jessie and April hostage after Billy tipped off the police for his van robbery.

Billy managed to sneak into the house and get April out, but after he beat Max, the criminal grabbed the gun and shot Jessie.

Although she had to be taken to hospital, she survived.