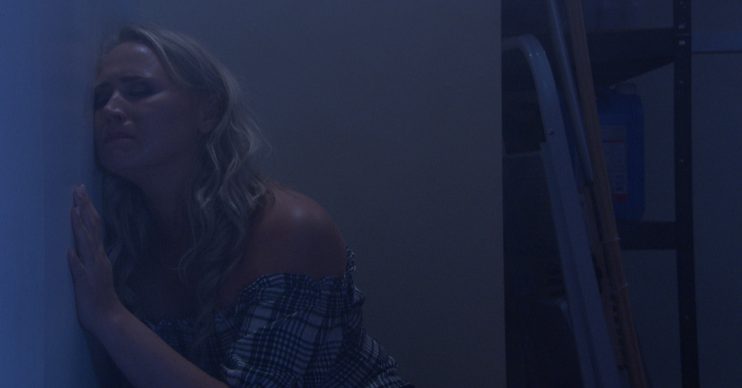 The actress is terrified for Tracy

Actress Amy Walsh is terrified her Emmerdale character Tracy Metcalfe is going to die in the fire.

The star has been in the soap since 2014 playing former prostitute Tracy, but when she was told about the upcoming devastating fire she was convinced she was being killed off.

She told The Mirror‘s We Love TV magazine: “I was told that Tracy was going to be involved in a huge fire at the factory and I was like, ‘No!’

So I was anxious, because that’s how the soap world is. You have to be prepared for your character possibly being written out one day.”

But with at least one character being killed off when Amy and Kerry Wyatt accidentally start a fire in the factory, Amy said her worry was replaced by excitement over the scenes.

She said: “I’m so excited because I think they’re amazing scenes. It was an intense day on set for me, because I had so much screaming and crying to do.

Speaking further, she said that when the building exploded, she could “feel the impact of the blast” and the “boiling hot” flames.

The actress also revealed how filming the tragic scenes was “100 per cent” the most challenged she has ever been on the soap, adding that the scenes took a toll on her “physically and emotionally”.

Amy went on to joke that she needed “a stiff gin” to steady her nerves at the end of the day’s filming and distracted herself at home by “watching Love Island”.

A host of characters are left in the firing line as the fire begins in the factory, but a trailer shows Tracy trapped inside and screaming for help.

But will she be the one to die or is the soap planning a heartbreaking twist?