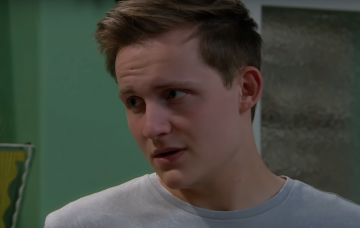 Belle picked up on it too!

… but could it be Rebecca survived Lachlan’s attack without him knowing?

Do you think Belle is now in danger? Leave us a comment on our Facebook page @EntertainmentDailyFix!