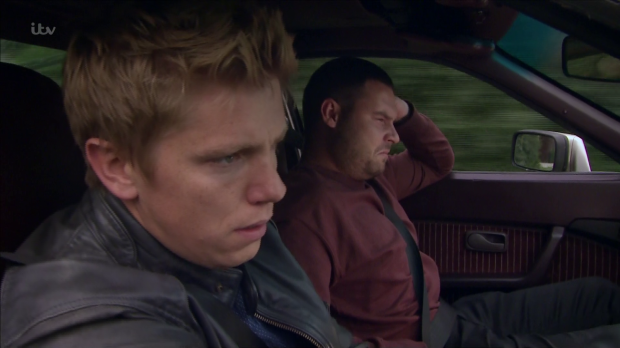 Is this the last we'll see of the couple?

Fans of Emmerdale were ‘heartbroken’ and left ‘sobbing’ last night, as one of their favourite soap couples appeared to leave the village for good.

On Tuesday (October 15), Rob’s pregnant sister Victoria discovered the troubling news that her rapist Lee Posner had died from a bleed to the brain.

While we can’t imagine that anyone except his own mother would have been upset by the news after his horrifying attack on Victoria, his death does complicate Robert’s situation.

Viewers know that Robert attacked Lee and left him in a coma, furious that he’d raped his sister, got her pregnant and continued to goad her afterwards.

Already facing time in jail for grievous bodily harm with intent, Lee’s death meant that Robert could now be prosecuted for murder.

Knowing he could be sent to jail forever, Robert said: “Which means it’s my fault. They could charge me with murder. He’s dead because of me. I’m a murderer. They could send me down for life for this.”

And those watching from home were in bits.

One tweeted: “This episode just broke my heart #Robron.”

Another said: “So erm, I take it you are setting up a #Robron support line?? I’m a sobbing mess!”

A third added: “We tried to prepare for this for months now, but seeing Robron ending is really, really heartbreaking. Massive kudos to Danny Miller, Ryan Hawley and Isobel Steele for absolutely smashing it. My whole Twitter is a crying mess.”

All we know is that actor Ryan Hawley IS leaving the soap in the aftermath of these dramatic scenes, but his onscreen partner Danny Miller is NOT.