Emmerdale viewers were left shocked when Jacob Gallagher accused Priya Sharma of trying to seduce him.

In last night's episode of Emmerdale (August 22 2019) Jacob was feeling down after he received his GCSE results.

Jacob only got one GCSE in food and nutrition after he missed most of his exams due to being groomed by his school teacher Maya Stepney. 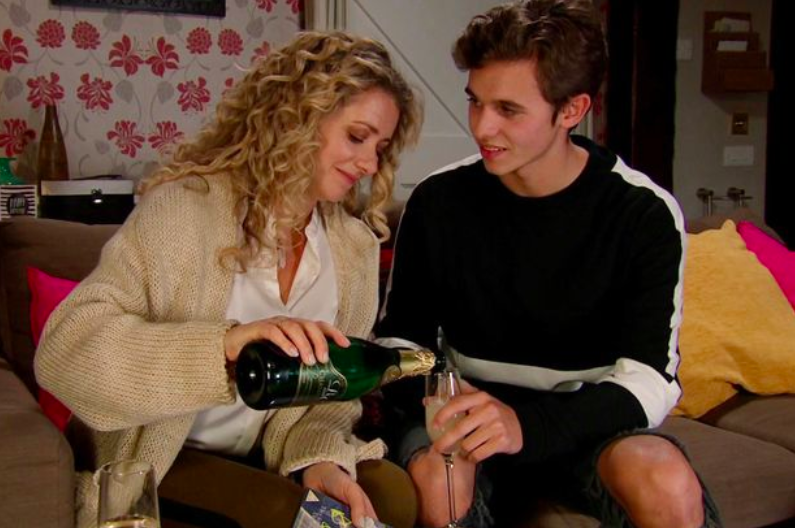 As well as receiving his GCSE results, his family found out he had been writing to paedophile Maya in prison and told him he wasn't allowed any form of contact with her.

Priya, who previously dated Jacob's dad David, invited Jacob to lunch to try and cheer him up and give him some advice.

Priya encouraged Jacob to meet someone new to forget about Maya, and have a relationship that didn't involve him having to lie. 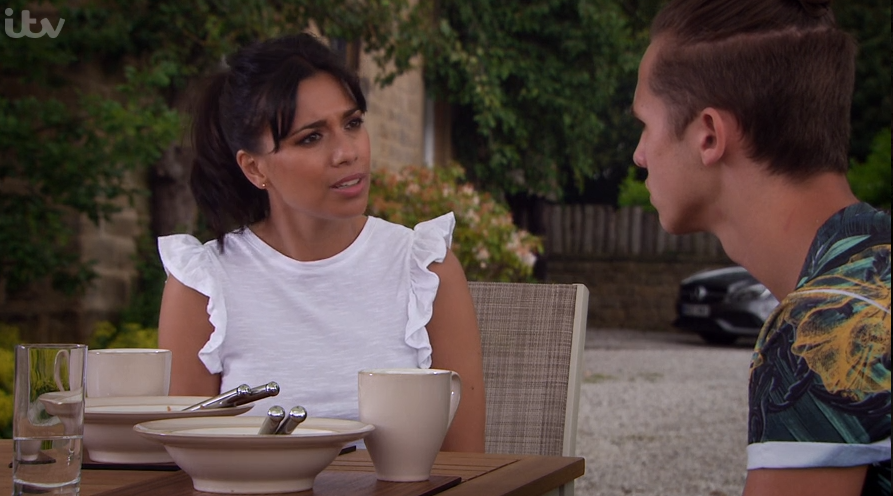 Jacob accused Priya of coming onto him (Credit: ITV hub)

As she put her hand on his knee, Jacob called Priya a hypocrite and accused her of coming onto him.

Viewers were shocked by Jacob's accusation, especially as Priya was a family friend who had known him since he was little.

Jesus Jacob being groomed by Maya has really f'd Jacob up! #emmerdale

Jacob really? not everyone is Maya #emmerdale

Jacob Priya was trying to help you..... #Emmerdale

Jacob give over. Priya was trying to help you!! #Emmerdale

Afterwards, Jacob went and told his ex-girlfriend Liv what had happened. Although Liv thought Priya was trying to help, she told him he needed to tell his dad about it.

As he went to tell David, Priya had already got to him and explained to him and his biological mum Leyla what happened and what Jacob accused her of.

Priya, who has a daughter with David, explained she was trying to be a friend and boost him up.

She apologised to Jacob for confusing him and explained she didn't have an agenda and saw him as family. 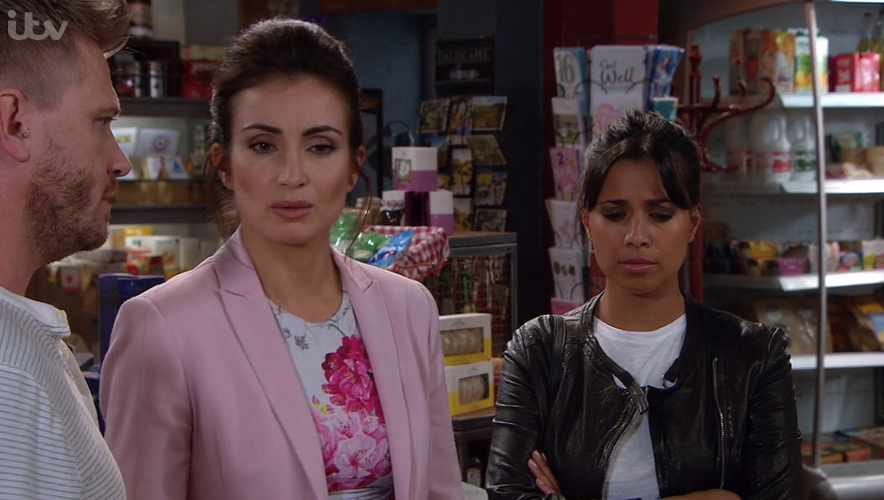 David, Leyla and Priya tried explaining to Jacob that he could have female friends who were just friends, but the teenager stormed off feeling embarrassed by the situation.

For months, Maya groomed Jacob and began having sex with the schoolboy days after he turned 16.

They were seen kissing on Emmerdale's Big Night Out by Priya and after Maya had been hiding out in a hotel with Jacob, David called the police on her.

Maya went to prison for 12 months, however, Jacob struggled to forgive his dad for getting Maya sent down. 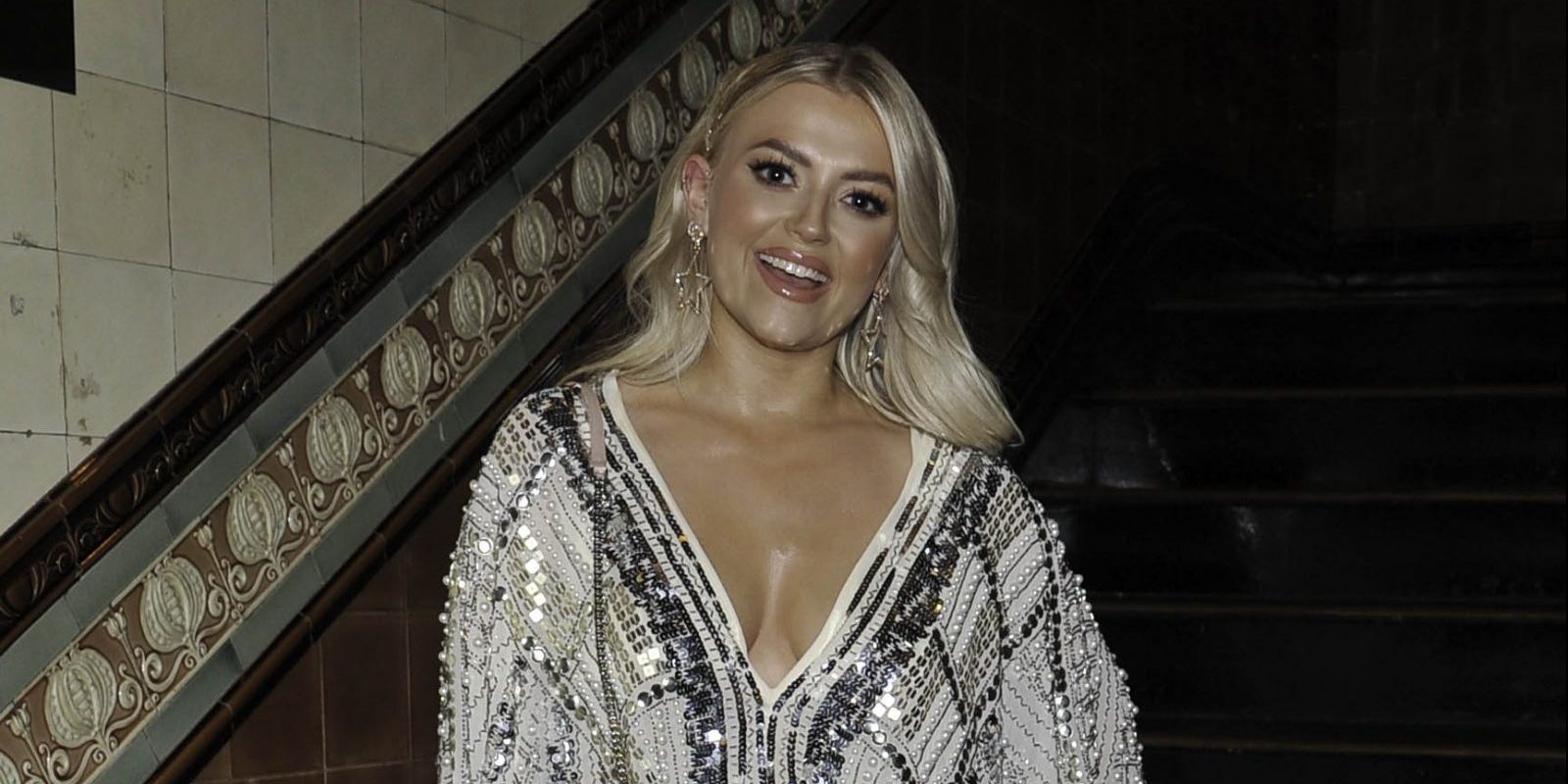