After last night's episodes of Emmerdale (May 4 2019) viewers were left furious with Bear Wolf.

In the Woolpack, Jimmy, Dan, Bear, Dawn and Matty were talking about "schoolboy crushes".

When Dawn revealed she once slept with the captain of the rugby team in the chemistry lab, Bear replied with "you lucky mare. What I wouldn't of given for Miss Partridge to strip down to her undies and say 'I'm all yours'". 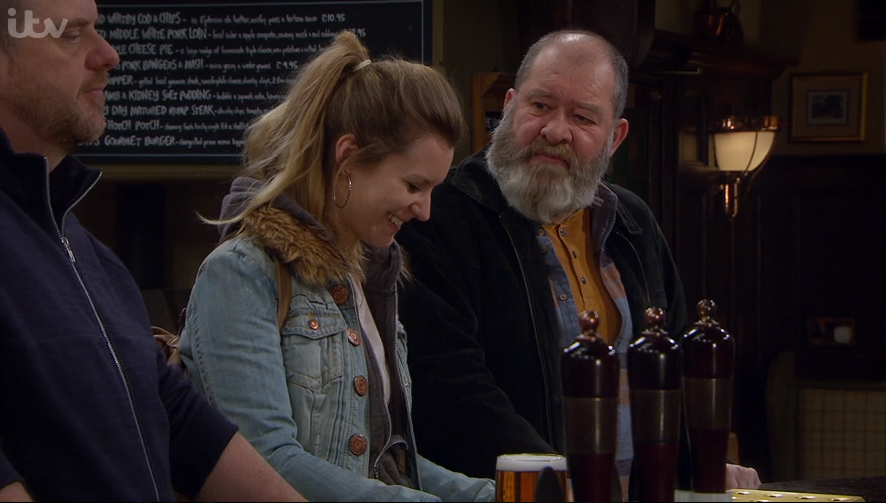 Bear had a crush on his school teacher Miss Partridge (Credit: ITV hub)

Dan then replied "In a way though wouldn't she just of been taking advantage of you?"

Bear said "Oh what virile young lad doesn't want to be taken advantage of" as David walked into the Woolpack with his dad Eric.

David asked if they were talking about his son Jacob, who has been abused by school teacher Maya Stepney, and Dawn replied "well some of us are, sorry mate" looking at Bear.

Bear then said back "well I doubt Jacob's sorry" angering David even more.

Bear's comments made me ill.

The wrestler then went on to say "Well, older women. Every boy's dream isn't it?" 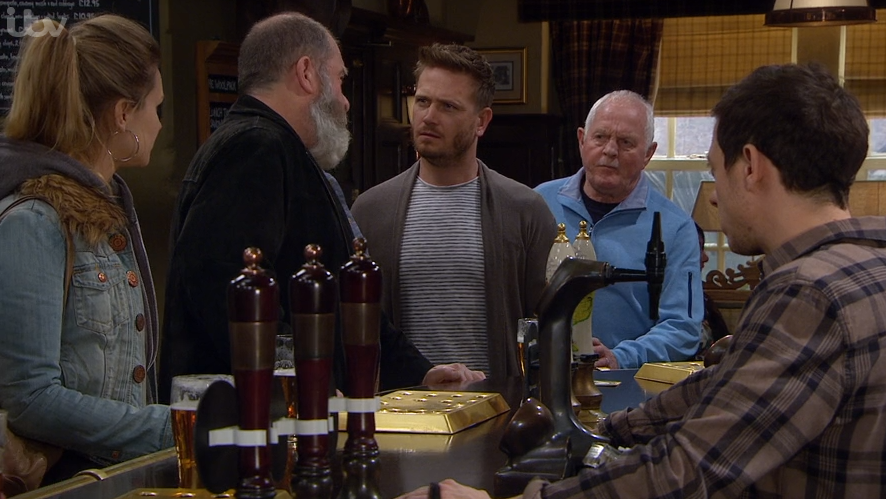 As the pair got confrontational with each other, Bear told the shop owner it was just "bar room banter", but Jimmy and Dan agreed the wrestler was out of order.

When David said to Jimmy and Dan "He reckons Jacob was lucky to be abused" Bear turned around and said "It's not exactly abuse now, is it?"

David asked him if he had a daughter that was being preyed on by a middle aged teacher if that would be alright, Bear replied with "No, that's different. Boys will be boys."

Emmerdale viewers are furious with Bear's comments and have branded him "vile".

Did Bear actually say that? Boys cant be abused? Boys can't be raped? I can't believe their are still people out there who believe that #Emmerdale

Why is Bear even still in the show? Nasty waste of space. Get in the bin. #Emmerdale pic.twitter.com/JPvkB9CuJX

Bear is vile though #Emmerdale

Emmerdale fans will know that David's girlfriend Maya began grooming his 15-year-old son Jacob and began sleeping with the schoolboy just days after he turned 16.

Leyla, Tracy and Priya discovered what she had been going to Jacob during Emmerdale's Big Night Out. 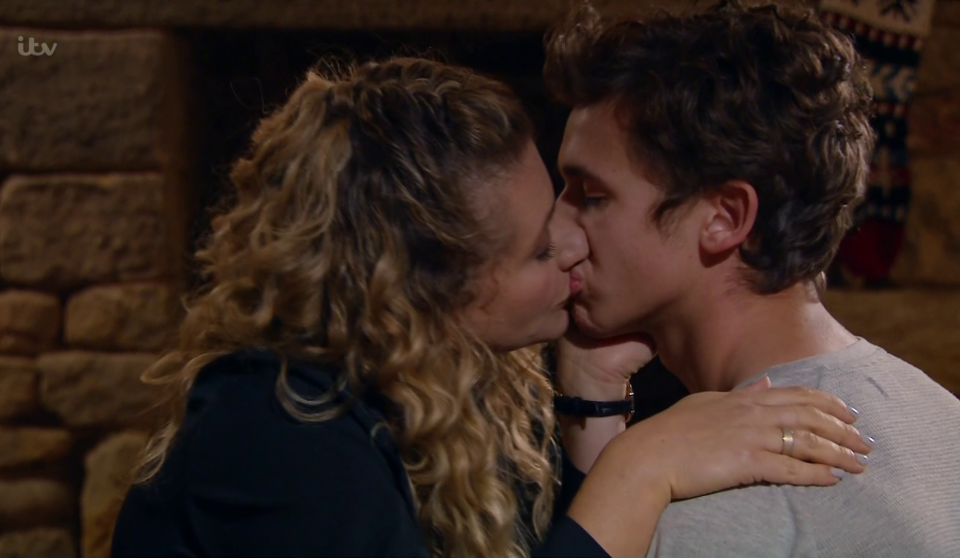 Maya has been grooming her pupil Jacob (Credit: ITV Hub)

Although she was eventually arrested, she has been seen lurking around the village.

David has been determined for Jacob to see what Maya was doing is wrong but he has continued to defend her.

Recently Maya actress Louisa Clein revealed the plot isn't over and there will be a court case.