Christmas Day in Emmerdale and it really wasn't a time of joy for Moira Dingle, who found herself all alone.

She endured an awkward encounter with ex, Cain, who made it clear she wouldn't be spending any time with their young boys until Boxing Day.

And then, as she prepared lunch, Moira received a call from son Matty, who told her he wouldn't be coming home. 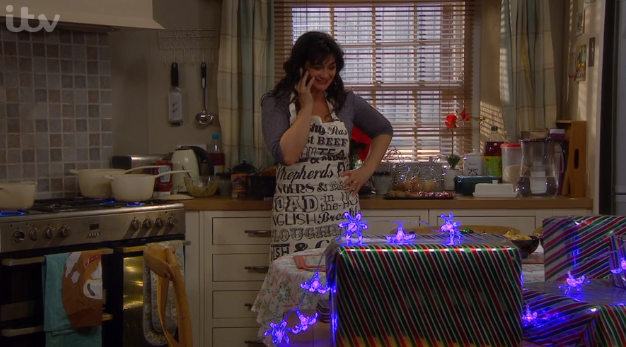 He created some story about the weather being bad where he was, meaning the trains weren't running.

Let's gloss over the fact that Moira seems completely unaware that trains don't run on Christmas Day for a second...

Eagle-eyed viewers noticed something else concerning, as Moira gave up on her food preparation.

She had three pans going on three lit hobs, but only switched two of them off! 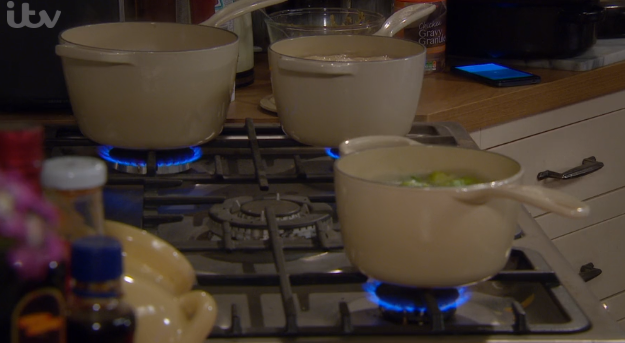 As she finished her call, one pan on a working hob could be seen on the stove.

Moira then grabbed some nibbles and a beer from the fridge, before heading to the sofa.

Given the amount she's been drinking recently, it'd be safe to assume this wasn't her first drink of the day. 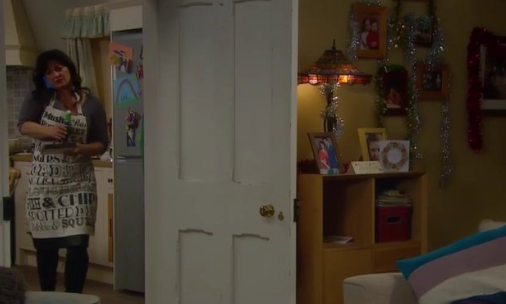 Chocolate and beer for Christmas Dinner it is! (Credit: ITV)

Could she have proceeded to fall asleep in front of the Queen's Speech?

With no one planning to visit her, the farmer could find herself in huge danger if that pan is left to its own devices...

"Most likely going to be a fire when she drops of to sleep," one viewer remarked.

"I also noticed Moira only turned off two rings and left the third one on," noted another.

A third said: "Not to mention that when she was turning the gas rings off, she left one on?

Emmerdale returns to ITV for a one-hour episode at 7pm, Boxing Day.