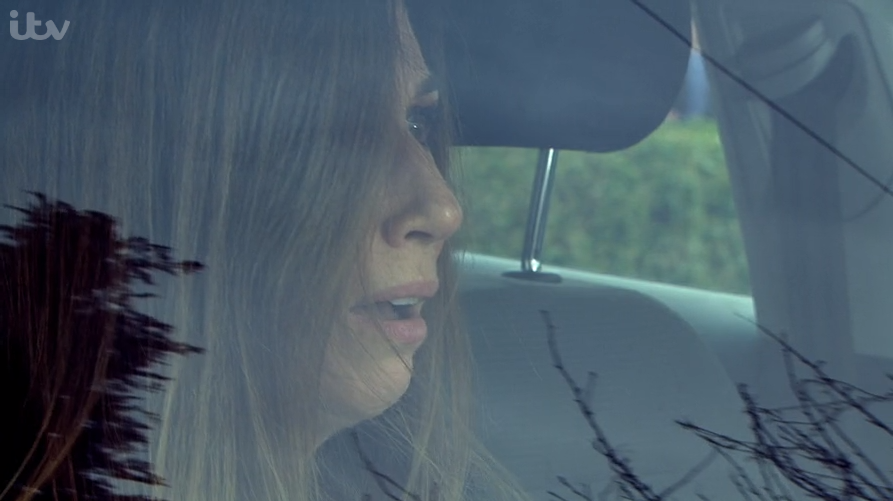 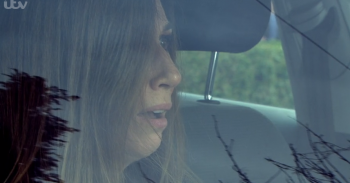 Megan was texting and driving

Emmerdale viewers have been left confused as to why the villagers are blaming newcomer Jamie Tate for the car crash in last night’s episode (April 30) when it was clearly caused by Megan Macey.

Megan was driving through the village going to meet ex-fiancé Frank for a lunch date.

The wedding planner was running late and had three-year-old daughter Eliza in the back seat.

As she was driving into the centre of the village she received a text from Frank saying he was getting worried and asked if she was okay.

Taking her eyes of the road to reply to the text, Megan went straight into the back of Jamie Tate’s car which caused him to knock over Eric Pollard.

After the accident Amy had a go at Jamie calling him stupid and reckless. She then went on to say to David “he almost killed your dad” despite the fact Megan was clearly the one who hit Jamie.

Jamie had a panic attack after the accident and both him and Eric were taken to the hospital.

Luckily Jamie was discharged, and after Kim hid his car keys he went into the Woolpack where villagers including Vanessa, Paddy and Bear continued to blame him for the crash.

Jamie turned to his mum Kim “I don’t understand how they hit me. I was slowing down.”

Viewers have been left wondering why everyone is blaming Jamie for the accident and not Megan.

Why isn’t anyone questioning Megan, can’t they see her car smashed into the one in front #Emmerdale

Hang on, did no one/ has no one seen Megan’s battered car behind Kim’s son. I am bewildered #Emmerdale

Is everyone in this village thick or something? No one saw Megan’s car?? #Emmerdale pic.twitter.com/X2APbb7YLV 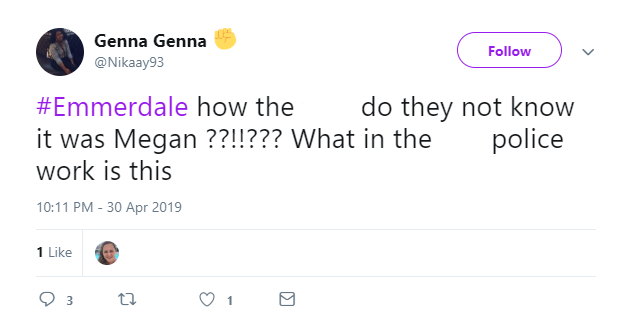 After the crash a police officer went round to see Megan and told her she shouldn’t have left the scene of the accident and was lucky it had already been reported.

The officer handed her phone back to her and said she left it on the car seat. He revealed it wasn’t a crime scene as no one had been seriously injured “that they knew about”.

He also referred to Jamie as “the fella that caused this whole mess.”

Although Eric seemed to be okay after the crash, he soon took a turn for the worse when he fell unconscious and vomited in hospital. A scan revealed he had a bleed on the brain and had to go straight into surgery.

Will he make it? Will Megan own up to texting whilst driving?

ED! Have contacted Emmerdale on this story who’ve advised that we watch this space and all will become clear…

Did you watch Emmerdale last night? Leave us a comment on our Facebook page @EntertainmentDailyFix and let us know what you think!