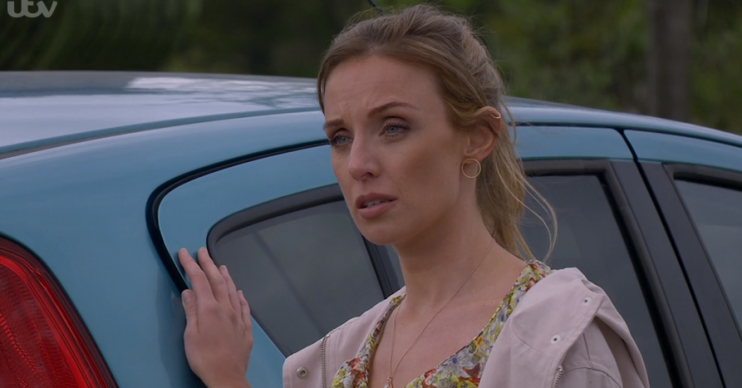 Viewers of Emmerdale have been left baffled by the news that Andrea Tate might lose her baby next week – because they didn’t even know she was pregnant!

Today (November 26 2019) spoilers for next week’s episodes were released and revealed Andrea is worried when she discovers she’s bleeding and begins to panic she’ll lose her baby.

Kim and Jamie quickly rush her to the hospital to check everything’s okay.

But the spoilers have confused fans as there has been no mention of Andrea’s pregnancy on-screen.

On the Entertainment Daily Facebook page, one viewer wrote: “Did not know Andrea was pregnant again, must have missed that?”

A second commented: “Have we missed something here… Andrea pregnant?”

A third said: “Andrea pregnant. I missed that.”

The pregnancy – if everything turns out to be okay – will be Andrea’s second. She already has daughter, Millie.

A couple of months ago, when Millie was in hospital, Graham overheard Millie’s birthday and realised he could potentially be the little girl’s dad.

Graham and Andrea had a one night stand nine months before Millie’s birth which was around the same time Andrea started seeing Jamie.

Although Andrea has been determined to keep her encounter with Graham a secret, convinced that Millie is Jamie’s, it looks like the truth will come out.

Next week before Andrea is taken to the hospital, it seems Kim is determined to reveal the DNA results.

Who is Millie’s biological father?