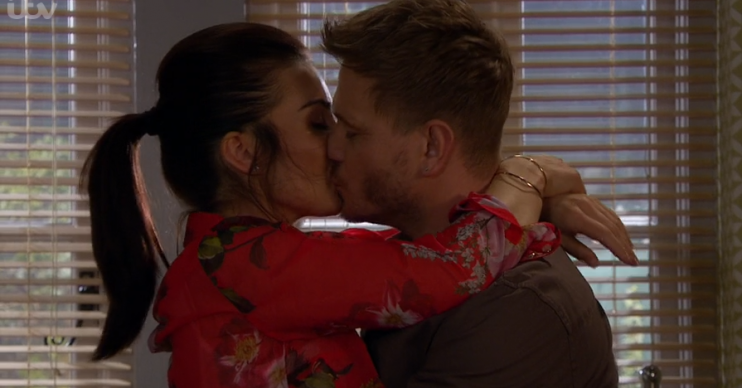 Emmerdale viewers are furious as David and Leyla sleep together

Viewers of Emmerdale are furious that David and Leyla slept together when they should be focusing on trying to help Jacob.

Fans of the soap will know that Jacob has been groomed for months by David’s girlfriend Maya Stepney, who also happens to be his teacher.

Maya began grooming Jacob when he was 15 years old and began sleeping with him days after his sixteenth birthday.

Their relationship was discovered first by Liv, however she was blackmailing Maya and Jacob asking money in return for her silence.

However, things weren’t kept quiet for long when Priya caught them kissing outside of the club during the Big Night Out and alerted Jacob’s biological mum Leyla and his ex step-mother Tracy.

After the three women confronted her, viewers were unsure whether Maya had been killed or got away.

The truth was revealed in flashbacks showing she had survived after being hit over the head by Leyla and had been staying at a hotel with Jacob when he was supposed to be in Portugal.

When Jacob returned to the village, Leyla, Tracy, Priya and Jacob told David what had really been going on.

A couple of weeks ago Maya was arrested, however she claimed she hadn’t done anything and Jacob had a crush on her.

In Wednesday’s episode (June 5 2019), David’s dad Eric gave Maya the ultimatum of either telling Jacob she no longer loved him or he would call the police.

The school teacher decided to tell Jacob she no longer loved him.

Jacob has been acting out throwing insults at adopted father David and mother/aunt Leyla.

He doesn’t see that what Maya did was wrong and hates his family for splitting them up.

In last night’s episode (June 6 2019), Leyla and David invited Jacob round for brunch to try to cheer him up. However, Jacob ended up storming out.

As David and Leyla struggled deciding what to do next to make Jacob come around, they ended up sleeping together in Tug Ghyll cottage.

Meanwhile after seeing Belle return from Lisa’s funeral, it seemed like Jacob was possibly coming round to forgiving his parents.

However, as he and Eric walked into Tug Ghyll cottage they caught David and Leyla kissing after.

Both Jacob and Eric were furious and they weren’t the only ones, as viewers tweeted their anger at them sleeping together, branding them “selfish”.

David & Leyla are actually pathetic. Best thing Jacob can do is get away from them #Emmerdale

Please don't tell me David's going to use this Jacob situation to crack onto Leyla again! #Emmerdale

Pollard is spot on. David you’re such a twit. Going from one women to another don’t help. You cheated on Tracey with Layla, not so long ago you kissed Tracey and now slept with Layla again. Also had a thing with Prya and Alicia. #Emmerdale

David is the most selfish person on the planet! And add Leyla to that list too! #Emmerdale