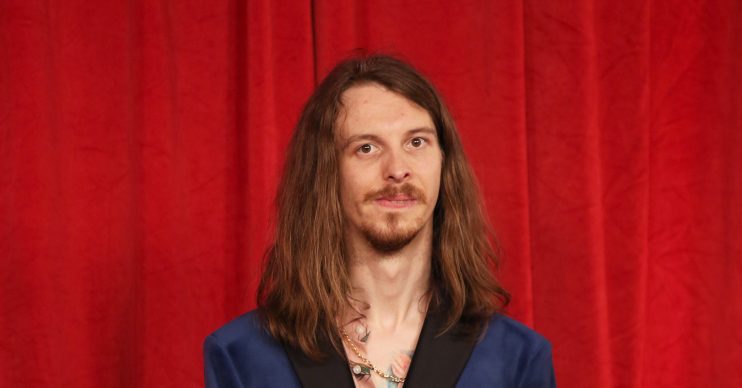 Actor James Moore, who stars in ITV’s Emmerdale, has revealed his latest tattoo.

James, who plays Ryan Stocks in the ITV soap, posted a picture of his latest inking onto his Instagram page.

Thank you @scumfuc.tattoo for this new piece on my knee! Very painful but looks amazing

James captioned the post: “Thank you @scumfuc.tattoo for this new piece on my knee! Very painful but looks amazing.”

Fans were quick to comment on how “brave” James has been as the knee is a notoriously painful place to get a tattoo done.

This isn’t James’s first inking, back in June the actor revealed he had added a tattoo of thornes to his collection.

According to James’s Instagram he frequently adds to his tattoo collection, which includes a wheelchair in flames, Homer Simpson and a black metal nun.

Viewers learned that a 14-year-old Charity had found out she was pregnant for the second time after being held captive and raped by DI Mark Bails and his friends.

Charity had been thrown out of her home by her father Obadiah after she found out she was pregnant the first time.

A teenage Charity was forced to give away her daughter Debbie to Obadiah’s friend Pat.

Charity managed to escape Bail’s home and went to stay with a friend. Shortly after she gave birth to Ryan in hospital.

When her baby was rushed away she thought she witnessed Ryan pass away and ran off, blaming herself for drinking whilst pregnant.

However, Ryan survived and was adopted and raised by Irene Stocks, the midwife who helped Charity give birth.

Ryan now regularly comes to the village to see his family and half siblings.