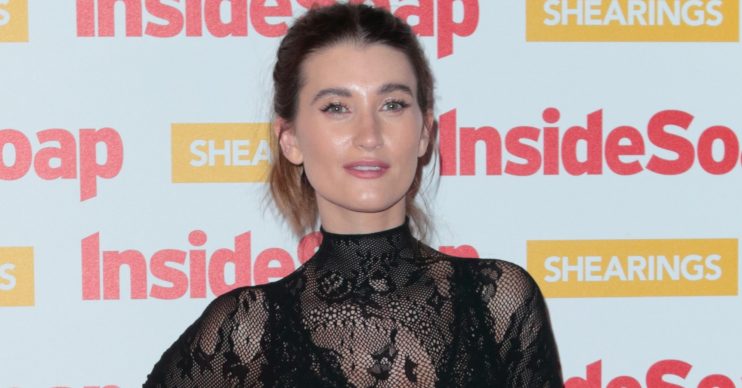 She doesn't feel the need to explain herself

But one thing she isn’t enjoying is internet trolls and she has hit back at those who claim she needs to cut her sons’ hair.

After they all appeared in a photo shoot in OK! to celebrate the arrival of young Ace, Charley has also been sharing pics of her older boys, Buster, nine, and Bowie, three to Instgram.

But the snaps have attracted the attention of critics who think she should cut the boys’ long hair.

Underneath a picture of Buster wearing a T-shirt saying: “Long hair don’t care #Boy,” Charley defended her choice to let the boys keep their hair as they want it.

“I get asked so many times on here why my kids have long hair,” she said, adding people say they look like girls.

“The answer is really simple,” she continued, “because we like it and, more importantly, they like it.”

She went on to say she “absolutely” doesn’t feel the need to explain herself, but that “life would be so much easier if we all focused on our own lives.”

She finished by saying: “There’s enough awful stuff in the world without being mean to each other.”

“Well said, too many busy people giving opinions that no one cares for,” added another.

Charley and Matthew welcomed youngest son Ace into the world in July and last month, Charley shared a snap of middle child, Bowie, helping out by pushing his little brother’s pram.

Underneath the picture, the actress wrote: “This job might just be a little more important than his superhero one (sometimes).”

Although Charley and Matthew announced their third child had arrived on July 29, they kept his gender and name hidden for a few weeks.

They eventually revealed he was called Ace Gene in an interview with OK! magazine.

The couple also told the magazine about the newborn’s traumatic birth.

“The umbilical cord was wrapped around Ace’s neck when he was born,” Charley explained.

“It came off and he was passed to me but I could tell something was wrong.

“Ace wasn’t breathing at first – so the midwife had to press the panic button.”

Matthew added: “By the time someone had come through the door from the panic button being pressed, Ace was breathing again, so it couldn’t have been long. Although it felt like a lifetime.”