There's drama heading to Emmerdale next week when Vanessa Woodfield finds herself caught up in the trouble between her sister Tracy Metcalfe and their friend-turned-nemesis Kerry Wyatt.

When Tracy works out that Kerry knows more about the fire that killed Frank than she is letting on this week, all hell breaks loose as Kerry confesses everything. 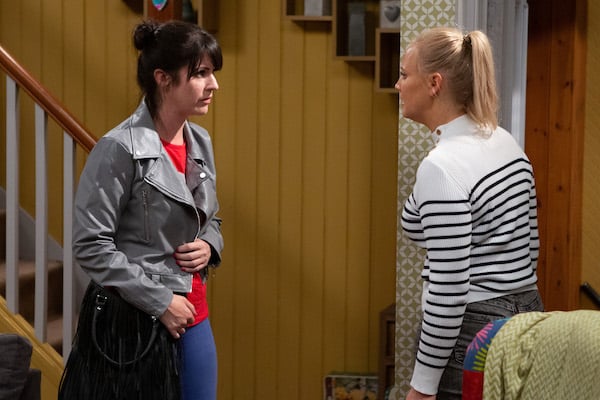 Tracy works out the truth about the fire that killed Frank this week (Credit: ITV)

But while Tracy is left reeling that someone she classed as a friend has been hiding the fact they killed her dad, things soon take a sinister turn when she tries to tell the police the truth and Kerry ends up hitting her head as she falls while chasing after her.

And next week sees the trouble continue when Vanessa gets caught up in the drama at the hospital and finds herself on the wrong side of the law.

Tracy is left worrying about the fact Kerry is in such a bad way after their argument, and while Vanessa and Charity try their best to reassure her that everything will be okay, Amy is on the warpath. 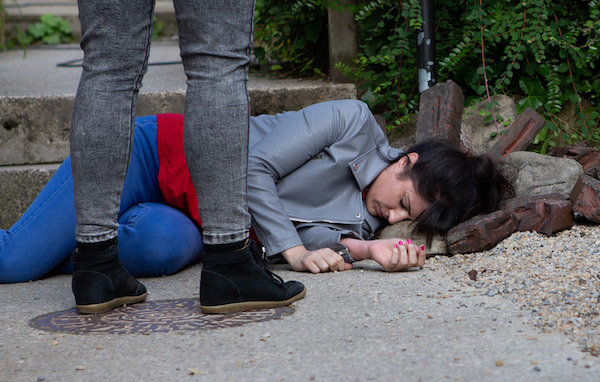 Kerry falls and hits her head this week (Credit: ITV)

After waiting at the hospital with Dan and Amelia to find out more about Kerry's condition, Amy comes to the house to get some of her mum's belongings and lays into Tracy about Kerry's brush with death.

Tracy is left feeling worse than ever... especially when Amy reveals she will be making sure the police know she is the one to blame for Kerry's injuries. But will she really open that can of worms?

Back at the hospital things don't look good for Kerry as complications in her condition mean a crash team are called to her room. 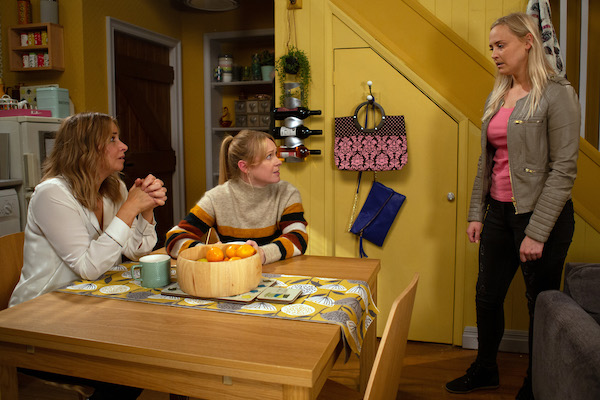 When Kerry doesn't revive at their first attempt to save her, Amy is beside herself with worry that her mum isn't going to pull through.

However, things are set to get even more action-packed when Vanessa gets to the hospital to confront Amy, and she accidentally ends up hitting a nurse while arguing!

But whether it was intentional or not, Vanessa is soon arrested for the attack and carted off to the police station for questioning.

As Vanessa tells the police her version of events, Amy starts to panic that she will use her time at the station to tell them exactly how the fire at the Sharma factory started. 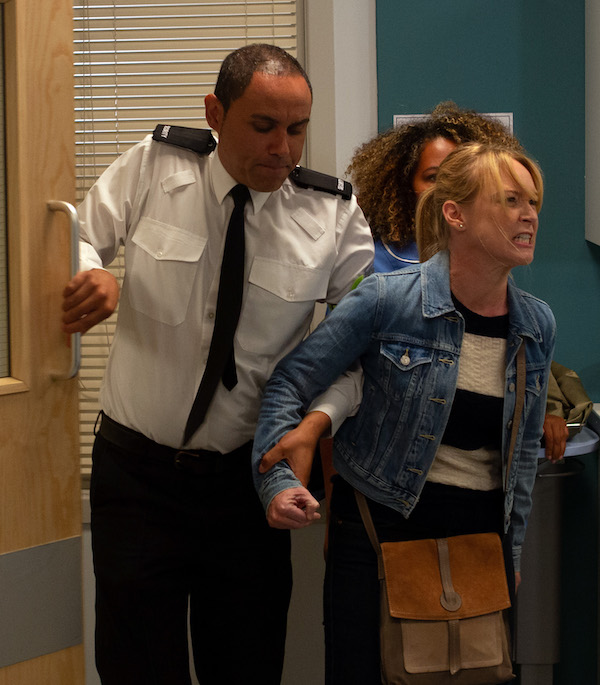 Vanessa finds herself in trouble with the police when she hits a nurse (Credit: ITV)

But Vanessa dropping Kerry and Amy in it comes with its own complications...

If she tells the police about how Frank really died, she would be inadvertently framing Tracy for Kerry's current hospital dash.

Can she really get justice for Frank without getting her own sister into trouble?

Do you think Vanessa should tell the police the truth? Leave us a comment on our Facebook page @EntertainmentDailyFix and let us know what you think!