Graham Foster will reveal his deepest, darkest secret to new girlfriend Rhona Goskirk in the coming weeks, but how will the Emmerdale vet respond?

Kim's henchman recently choose love with Rhona over loyalty to his boss Kim Tate in a risky move which left Kim baying for his blood. Kim vowed revenge on Graham after he publicly humiliated her (Credit: ITV)

Fans have totally embraced the relationship between Graham and Rhona and desperately want the pair to work out.

But will Rhona stand by him when he reveals the secret he's been hiding from the rest of the villagers?

Next week, Graham prepares to open up to the new woman in his life in an unprecedented move for the usually secretive man. 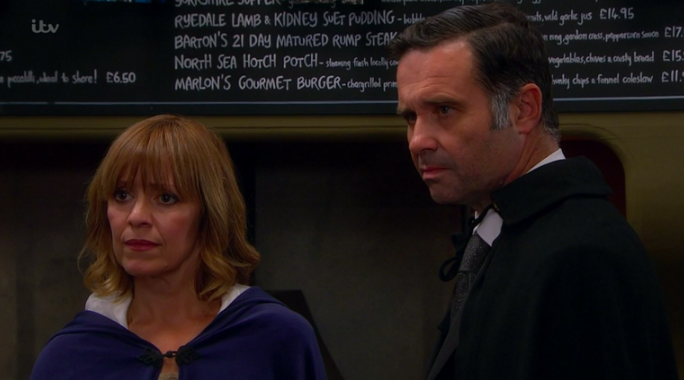 Graham chose his side on Halloween night (Credit: ITV)

Viewers know that Graham is convinced he's the father of Andrea Tate's daughter Millie and has been embroiled in a secret paternity battle with her.

His exit will be huge and will kick-start a drama-filled year in the Dales.

When Millie was hurt during a horse riding expedition, Graham discovered her birthday coincided exactly with a drunken one night stand he and Andrea shared.

While Andrea was adamant he was wrong, Graham is convinced Millie is his - and, if true, the information could blow the Tate family apart.

Andrea and Graham had a drunken one night stand (Credit: ITV)

Despite promising Andrea he would keep their secret, upcoming scenes show Graham break his promise and tell Rhona the truth.

The new couple plan a weekend away but Rhona is hurt when he gets cold feet and demands to know what's holding him back.

But, when he admits what's on his mind, will he live to regret being completely honest?

Soap fans know that Millie is the only person who brings out the softness in 'grandma' Kim's character - so anything could happen if Kim finds out Millie isn't hers. 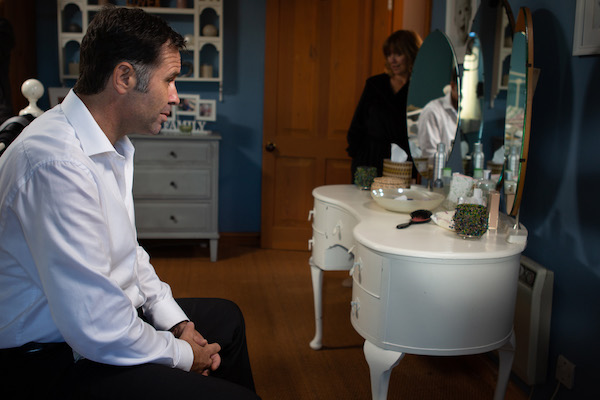 Does Graham spill the truth to Rhona? (Credit: ITV)

Rhona split up with her previous partner Pete Barton, when he announced he wanted children.

Rhona underwent an emergency hysterectomy after an accident left her needing surgery.

It triggered the menopause and meant she could not carry another child.

Could Millie be a perfect step-sister to her son Leo? 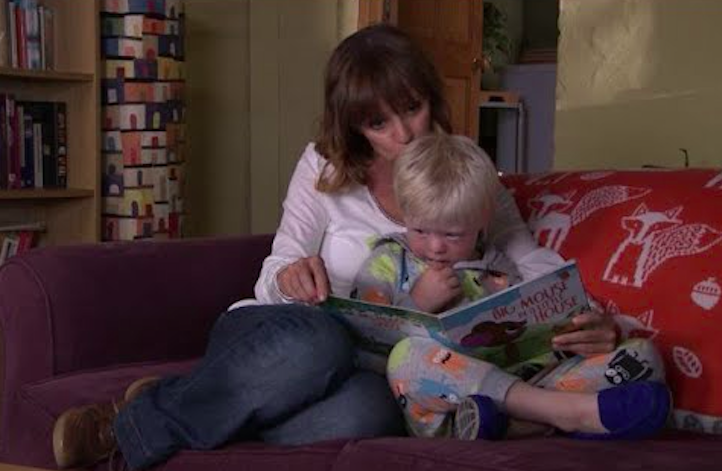 Former soldier Graham will leave the village one way or another early next year as his war with Kim rumbles on.

An Emmerdale source told the Daily Star Sunday: "Andrew's been a great addition to the cast and has been involved in some of Emmerdale's biggest storylines since he arrived in the village in 2017.

"His exit will be huge and will kick-start a drama filled and action-packed year in the Dales."

According to The Sun the news that Andrew is departing has sent the rumour mill into overdrive, and fans have already threatened to boycott the soap after he goes.

Do you think Graham is Millie's dad? Let us know on our Facebook page @EntertaimentDailyFix.