Mandy Dingle returns to Emmerdale next week with a bang when she walks in on something she shouldn't do.

As she deliberates what to do about what she's seen, will she end up breaking her cousin Marlon's heart with what she knows?

The last time we saw Mandy, she had arrived for Marlon's wedding to Jessie - but it looks like she's about to be the one who breaks them apart when she sees Jessie cheating! 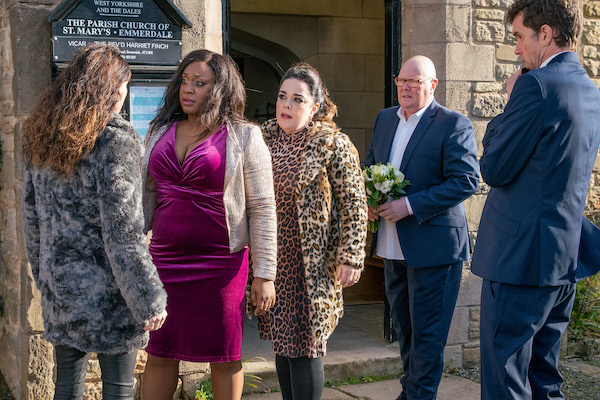 Things were fraught the last time Mandy was in town (Credit: ITV)

A humiliated Jessie is struggling to find her purpose now she's been sacked from her head teacher role.

Her ex-hubby, Al, suggests a position he knows of in Dubai and tells her he's already arranged an interview for her.

Marlon's fuming when Al lets it slip that Jessie has applied for a job abroad, and even angrier when he returns home to find Jessie mid-interview. 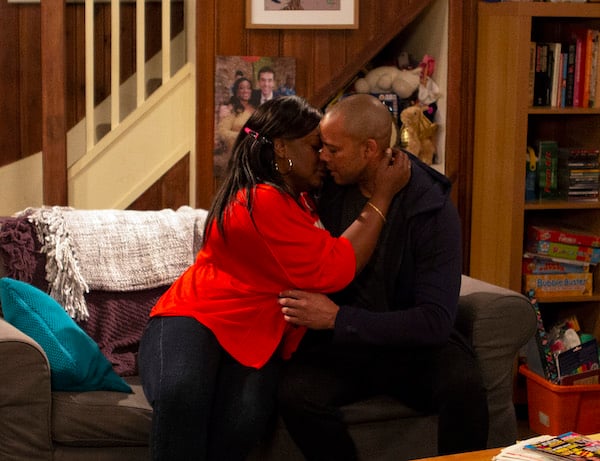 Jessie and Al are at it behind Marlon's back (Credit: ITV)

After a particularly dirty game of football - and we don't mean the mud on the pitch - Al and Jessie find themselves reminiscing about old times and he ends up moving in for a kiss.

While Marlon's at the pub getting cross about the presence of his rival for Jessie's affections in the village, he has no idea that back at home, Al's about to make another move.

He leans in to kiss Jessie for a second time - and this time she responds!

But as the door bursts open, Jessie jumps back and is shocked to see Mandy Dingle there.

Not what Mandy was expecting to walk in on! (Credit: ITV)

Read more: Emmerdale fans upset over Victoria's decision not to back Robert

Never one to mince her words, Mandy makes it quite plain how she feels about Jessie's cheating, but will she go straight to Marlon to report what she's seen?

Is this the beginning of the end for Jessie and Marlon's marriage?

Actress Sandra Marvin, who plays Jessie, announced last month that she was leaving the Dales.

She told OK!: "Absolutely [it's a risk], because you never know what's going to happen.