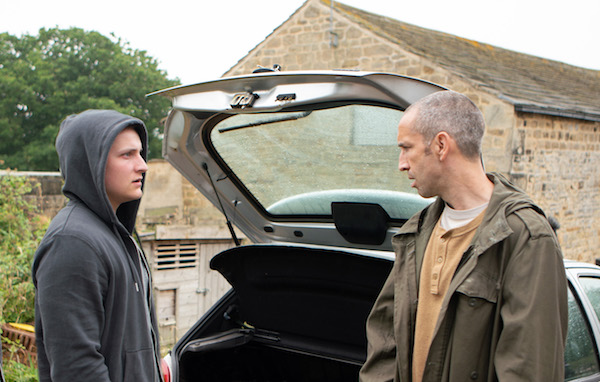 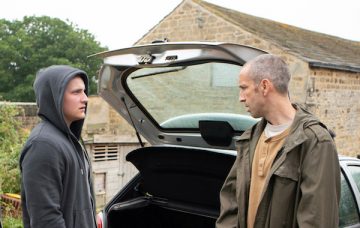 Emmerdale SPOILER: The game is up for Lachlan

Is the game finally up for the twisted killer of the Dales?

Lachlan White’s series of horrible murders could be set to be uncovered once and for all next week as both Robert Sugden and Priya Sharma become even more suspicious of the teenage killer.

As fans of Emmerdale know, Lachlan has already slaughtered five people and rumour has it that he’ll bump at least one more resident off before he gets caught.

And what everyone wants to know is who is that person?

It’s not looking great for Sam Dingle unfortunately as he gets to see first hand just how dark his would be brother-in-law really is after making a shocking discovery in the boot of Lachlan’s car.

Then Belle is sent into a panic when she spots blood on a jacket and pleads with Lachlan to tell her where Sam is.

Horrified at her discovery, she makes a bolt for the door but isn’t quick enough and Lachlan holds her back.

She pleads with him again to let her see Sam and is heartbroken when she sees his apparently lifeless body. Has Lachlan murdered Sam?

Belle’s own life is in danger when when Lachlan forces her to leave Emmerdale with him.

But soon Belle finds herself hurt and lying in the road, how did she get there?

Lachlan killed his mother Chrissie and granddad Lawrence in a car crash in January this year.

But now in an explosive spoiler trailer Lachlan’s secret seems to be revealed when his girlfriend Belle Dingle discovers blood on his clothes.

The pair have a vicious row as a terrified Belle tries to escape him.

He also has a run in with Sam Dingle when he’s caught dumping something in the woods.

And more terrifyingly, Lachlan loads a gun and hunts Robert Sudden around the Dingle farm.

Robert can be seen looking petrified as Lachlan takes aim and shoots in the trailer.

It then promises that the action will happen in September.

But will Lachlan claim another victim before he is exposed?