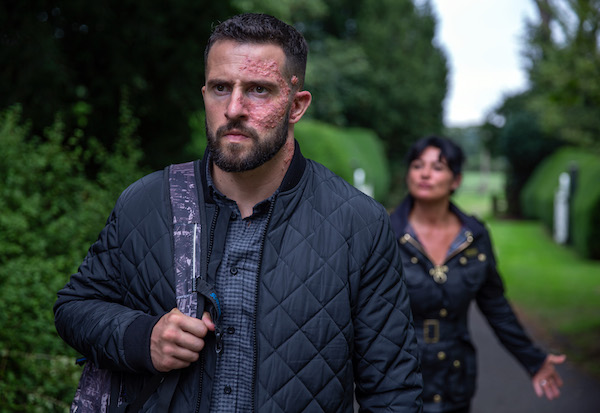 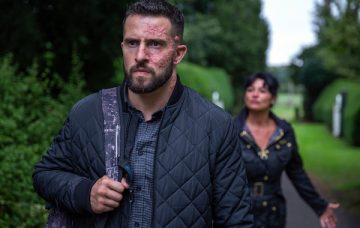 Emmerdale SPOILER: Ross Barton to die of an overdose?

Ross Barton will soon be departing Emmerdale – but will it be in a coffin, in handcuffs or in a cab?

Ever since actor Mike Parr announced he was leaving the ITV soap, fans have been speculating about the exit of the popular character.

Executive producer Jane Hudson recently gave viewers hope that Ross might get a happy ending (ish), when she hinted that there’ll be a wedding over the Christmas period.

Some fans are hoping that this means a happy ending for Ross and Rebecca, and predict the pair will leave together as newlyweds.

But many others believe Ross’ fate won’t be so rosy.

Read more: Fans threaten to boycott Emmerdale as Joe flees village – but will he be back?

The acid-attack victim is currently on the warpath after discovering the person responsible for his scars, Simon McManus, is back in town.

With revenge on his mind, Ross sets out to find him and make him pay – until Moira suspects what he’s up to and attempts to stop him.

But does this all lead to Ross’ upcoming exit?

Since the terrible incident, Ross’ life has unravelled with him getting hooked on drugs and – at one point – even dealing himself.

Now, despite having Rebecca back in his life after her horrendous kidnap ordeal, fans believe Ross’ exit could have something to do with a drug overdose.

Taking to Twitter, one fan said: “If Ross dies from a smack overdose I will be so mad.”

Another said: “I really want Ross and Rebecca to live happily ever after, not Ross die of an overdose the [bleep].”

I really want Ross and Rebecca to live happily ever after, not Ross die of an overdose the dick #Emmerdale

why do i get the horrible feeling ross' exit will involve an overdose? #emmerdale

Everyone Knows Ross Is Leaving Emmerdale 😂 Either Prison Or An Overdose 🤔

A third agreed, typing: “Why do I get the horrible feeling Ross’ exit will involve an overdose? #Emmerdale.”

Viewers know that Ross was devastated after discovering his ex-lover Debbie Dingle had ordered the acid attack.

On the brink, will drugs be his downfall?

Will you miss Ross Barton when he’s gone? Leave us a comment on our Facebook page @EntertainmentDailyFix and let us know what you think!