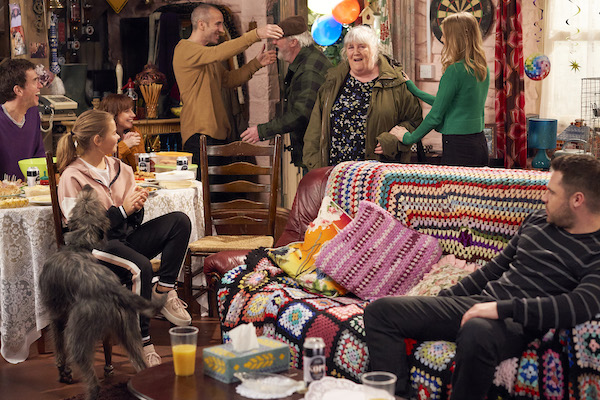 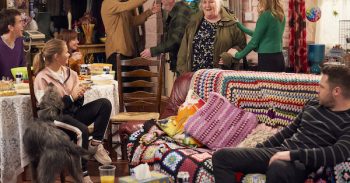 But they come bearing bad news...

Emmerdale legends Zak and Lisa Dingle make an emotional return to the village next week, but as viewers know, they have got some huge news that their family isn’t going to take well.

Soap fans discovered back in March this year that Lisa Dingle has got a terminal heart condition that means she doesn’t have long left to live.

The news was revealed in a special episode made for International Women’s Day, which saw Charity Dingle called up to Scotland to go and visit Lisa, who then broke the news that she is dying.

After asking Charity to write a eulogy for her, Lisa then dropped the bombshell that she didn’t want anyone else knowing about her condition until the time was right, knowing it would change the way her family acted around her.

Charity has struggled to keep the secret from the rest of her family, and while she did tell partner Vanessa the devastating news, the rest of the Dingle clan are still in the dark about Lisa’s days being numbered.

But it seems Lisa is ready to tell her family the sad news, because next week sees her and Zak arrive back home in Emmerdale, and the rest of the family couldn’t be happier to have the pair back where they belong.

Their daughter, Belle, is so thrilled to have her parents back that she even throws them a party, blissfully unaware that her world is about to be turned upside down.

Zak and Lisa are overwhelmed with their homecoming party and Lisa starts to worry about how she is going to tell her family that she doesn’t have long left for this world.

In the end it doesn’t take everyone long to work out what is going on when Charity gets upset.

Knowing something isn’t right, Belle demands some answers and Lisa eventually reveals to her horrified daughter that she is dying.

Understandably everyone struggles to process the heartbreaking news, but Belle takes the news particularly badly, especially when she finds out that Charity has known for a while.

As everyone tries to get their head around Lisa’s news, it remains to be seen whether Belle can forgive her mum for confiding in Charity rather than her.

Lisa is very honest about how she feels and tells Zak she is scared about dying and wonders what will happen when she finally goes.

Zak is quick to reassure the love of his life as best he can… but it is clear he is also heartbroken and struggling to cope.

Later everyone is shocked when Zak goes missing… but where has he gone, and why?

Do you think Belle will forgive her mum? Leave us a comment on our Facebook page @EntertainmentDailyFix and let us know what you think!