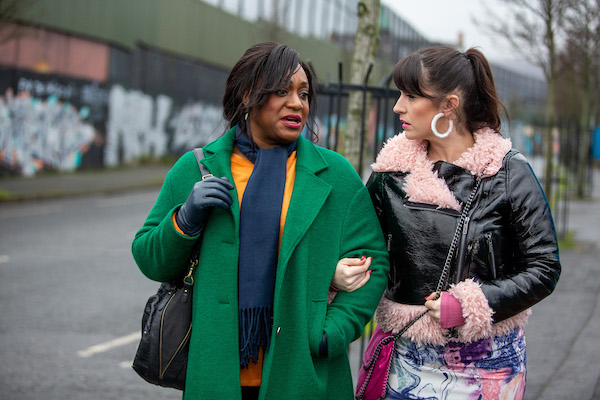 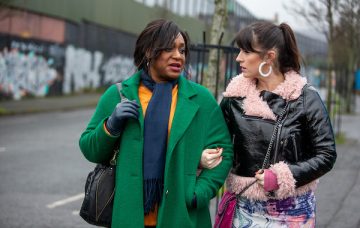 Kerry Wyatt is a woman on a mission next week as she heads to Ireland to track down her daughter, but will she manage to find Amy and bring her home to Emmerdale?

Soap fans have watched Kerry fighting for custody of her grandson Kyle, believing that Cain Dingle isn’t fit to look after his son any more.

And after Cain’s daughter, Debbie, sabotages any chance Cain had of getting his son back by telling Kerry that she should keep Kyle well away from the mechanic, it seems Kerry might actually have a chance of getting custody after calling social services.

But while Kerry might be desperate to keep Kyle with her, Dan has pointed out that the person who should actually have custody is Kyle’s mum, Amy.

The last time we saw Amy she was waving her family and friends goodbye from a ferry heading to Ireland as she escaped the police after kidnapping her own son.

But next week sees Kerry decide it is time to find Amy and bring her home to where she belongs.

As Marlon and Jessie reveal they’re going on their honeymoon to Belfast, their romantic mini break for two soon turns into a holiday for four when Kerry asks if she can tag along, as well as Paddy, who is heading to Ireland to find his dad, Bear Wolf.

The group head to Ireland and Jessie is shocked when she finds out the real reason Kerry wanted to come along on the trip.

As Kerry opens up about her daughter, Jessie agrees to help her track down Amy.

So while Marlon and Paddy go along to a wrestling event to try and find Bear Wolf, Jessie and Kerry start looking for an unsuspecting Amy.

But Amy left Emmerdale more than five years ago… how will she react to seeing her mum if Kerry does manage to track her down?

A lot can happen in half a decade… what will Amy’s life be like now? And will she want to come back to Emmerdale to be a mum to Kyle?

Are you looking forward to Amy’s return to Emmerdale? Leave us a comment on our Facebook page @EntertainmentDailyFix and let us know what you think!