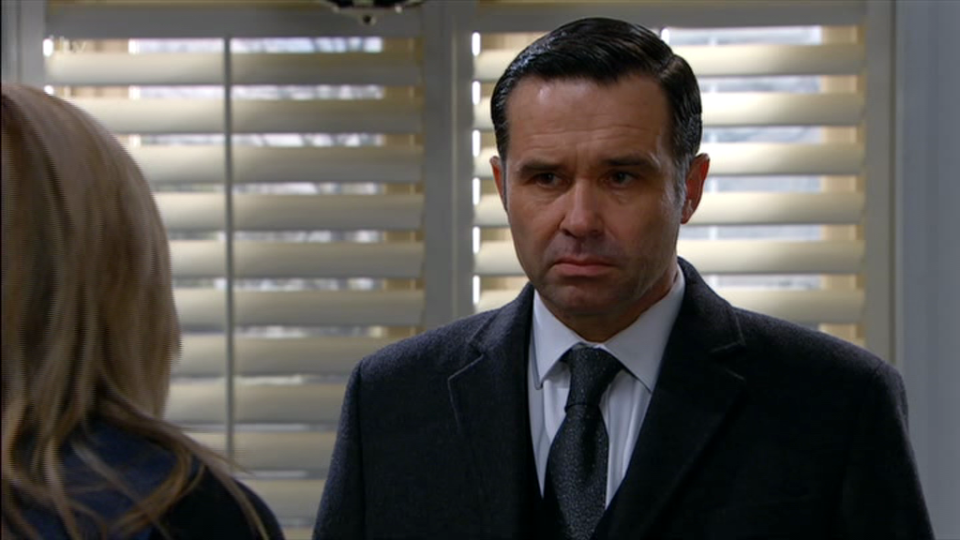 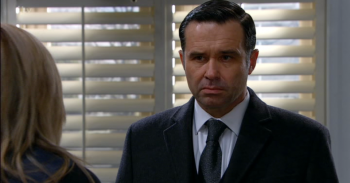 The fallout has only just begun

Next week sees another twist in the Joe Tate storyline when Graham Foster goes to the police to report a sighting… but why is he telling the police that Joe is alive after all this time?

There is still tension between Kim Tate and Graham as the pair argue over Joe, and with Kim knowing exactly what buttons to press to get a rise out of Graham, it seems she might go a step too far next week – even for her!

Graham is left fuming after Kim winds him up over Joe, and heads to the police station to tell them that there has been a sighting of him in Monte Carlo.

But while Graham plays innocent as he tells the police what they want to hear, what does this mean for suspect Cain Dingle?

Emmerdale fans will know that Cain still believes that not only is Joe dead, but that he is also the one who killed him after delivering an apparently ‘fatal’ punch to his future son-in-law on his wedding day to Debbie.

But while Graham is busy telling the police about Joe, Cain and Moira are still fretting over Kim’s threats.

Kim’s vendetta against Cain continues as she tries to take the farm from under Moira’s feet… leaving the Dingles worried about their future.

Next week sees Kim blackmail Cain with an indecent proposal, telling him that he must go through with her request otherwise they risk losing the farm.

But while it is a closely guarded secret what Kim demands of Cain, Moira reluctantly tells her husband that they might have no choice but for him to do as Kim asks if they want to keep their business.

Cain disagrees with Moira and tells Kim what she can do with her request, but while he is sparring with Kim, news about Joe’s fate is revealed, leaving Cain speechless.

Shocked to the core that Joe is still a live and he’s not a killer after all, Cain is left reeling but relieved… however the same can’t be said for Moira.

She’s suspicious about why Cain’s name has suddenly been cleared and has some serious questions for Kim.

But when Kim lies that Cain went through with her request in order to have his name cleared, Moira is shocked that her husband has stuck to his side of the bargain…

But while we know that Kim is lying, who will Moira believe? Kim or Cain?

How do you think Debbie will react when she finds out Joe isn’t dead? Leave us a comment on our Facebook page @EntertainmentDailyFix and let us know what you think!