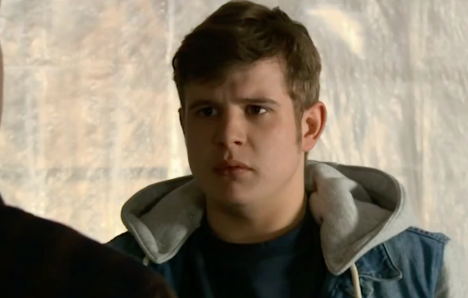 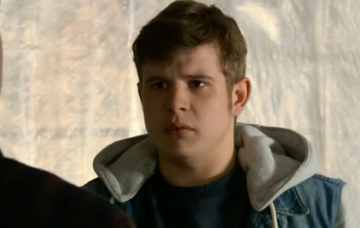 Gerry was killed off last year

It looks like Emmerdale will be revisiting Gerry’s death, as Liv Flaherty and Doug Potts make a discovery.

Next week, according to Digital Spy, Liv and Doug agree to keep a secret when Liv shows Doug the cannabis plants that Gerry planted before his death.

Meanwhile after Doug’s recent back injury, he is pressured into stepping back from being in charge of the village football team.

Bob and Bear are ready to take over but Doug insists on continuing.

His character was killed off last year by his friend, serial killer Lachlan White.

After Gerry found out that Lachlan was responsible for the car crash that killed his mother Chrissie, grandfather Lawrence and left his aunt Rebecca with brain damage, he joked around about Lachlan’s secret, leaving the murderer on edge.

Lachlan soon began to worry Gerry would expose him and began plotting his ex-cellmate’s death.

While the B&B was having work done, Gerry went to grab a barrel that Lachlan had knocked over and the teen serial killer knocked down a column which supported the roof, causing it to come crashing down on Gerry.

Gerry survived but Lachlan ended up bashing him over the head with a rock.

For months, Doug thought he was responsible and blamed himself for Gerry’s death until the truth about Lachlan’s murders came out.