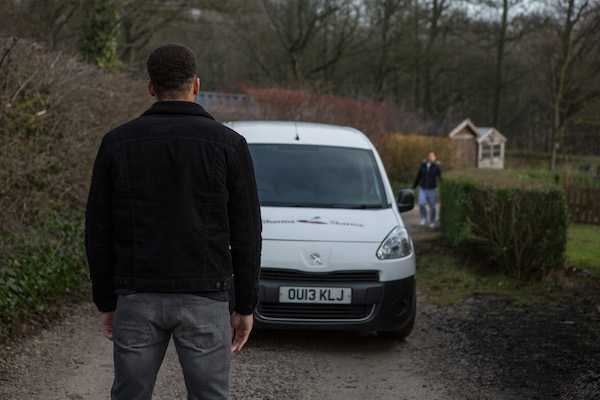 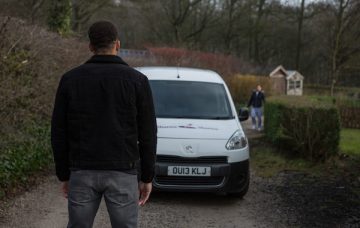 Things are about to turn deadly between the brothers

The sibling feud between Billy Fletcher and Ellis Chapman reaches boiling point next week when a fight between the brothers turns seriously sinister.

Ever since Billy arrived in the village, he’s been at loggerheads with half brother Ellis. But just when their despairing mum, Jessie, didn’t think things could get any worse, Ellis tries to kill Billy.

Still struggling with his aggression since leaving prison, Billy confides in his mum that he doesn’t know how to control his anger any more.

And when he has a run in with Frank who accidentally knocks into him, it is clear that Jessie’s wayward son has got some serious issues.

But it’s not just Frank who is in the firing line… because by next week the tension between Ellis and Billy is at boiling point.

After their recent fight saw the police getting involved, Jessie is at a total loss and doesn’t know how to get her boys talking again… but it seems her problems are only set to get worse.

When Ellis tries to organise a romantic evening with Victoria, he is disappointed when their evening doesn’t work out as planned.

But when he later goes to the pub and catches Billy in there chatting Victoria up, Ellis sees red once again and the brother’s fight.

As Ellis chases Billy outside the pub, the pair clash and as Ellis warns his brother away from Victoria, it doesn’t take long for fists to start flying.

Victoria is terrified that their fight will end badly, and calls Jessie for back up as things escalate.

But before anyone can intervene Ellis steals the car keys to a van and starts driving towards Billy in a fit of rage.

But instead of jumping out of the way, Billy stands his ground and doesn’t move when the speeding car starts hurtling towards him.

Victoria can do nothing by stand by horrified as she watches Ellis trying to run his brother over… and, as the vehicle gets faster, it seems that Ellis has no intention of stopping or swerving.

Could this be the moment that Ellis finishes his brother off for good?

Do you think Ellis will kill his brother? Leave us a comment on our Facebook page @EntertainmentDailyFix and let us know what you think!