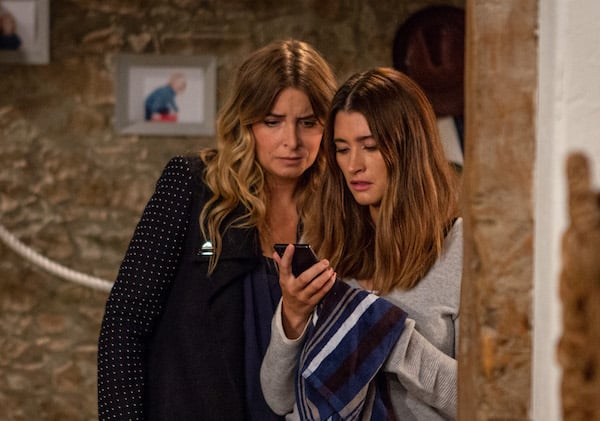 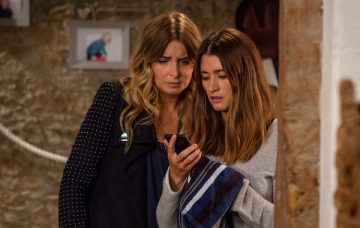 Emmerdale SPOILER: Debbie gets a message from Joe

Debbie Dingle has a daughter in hospital, is facing five years in prison and was recently jilted at the altar, so it’s no surprise things are getting on top of her.

But when she receives a text message from missing Joe Tate, Debbie thinks she might finally be able to get some closure.

Of course, viewers know Joe is dead. But does this mean he’s actually still alive? Or is something more sinister going on?

Moira is concerned about Debbie when she realises her stepdaughter is having trouble paying all her bills.

Cain is desperate to help his daughter – and assuage his guilt over ‘killing’ Joe. So he asks her to come back to work at the garage to ease the strain financially.

Debbie gets a little more good news later on when the doctor visits Sarah and reveals her new heart is responding well. But when Debbie is forced to confess she has a date for her trial, Sarah’s relief is short-lived.

With the pressure mounting on her once again, a tearful Debs is found by Cain who is heartbroken to realise she’s crying over Joe.

Debbie starts making plans for when she goes to prison by asking her dad and Moira to have the kids.

Charity tries to offer a consoling ear, and Debbie opens up about Joe. However, they’re both left stunned when Debbie gets a message from his phone.

Could this confirm the fan theory that Joe is actually still alive?

Many viewers have been convinced the soap has tricked us into thinking he’s dead. In an episode earlier this month Cain punched him and then Graham seemingly finished the job with a shotgun.

We’ve never seen the body, after all, and doesn’t soap law dictate until we’ve seen the body (and sometimes not even then) the person in question could still be alive?

In an interview with the Radio Times, Ned Porteous, who played Joe, said: “Yes [Joe really is dead and gone].

Was he lying? Or is he really dead and something else is going on?

Could the message have been sent weeks ago, but been delayed getting to Deb’s phone?

Or might someone else have hold of the phone and be taunting her?

Is Joe really dead? Leave us a comment on Facebook page @EntertainmentDailyFix and let us know what you think!