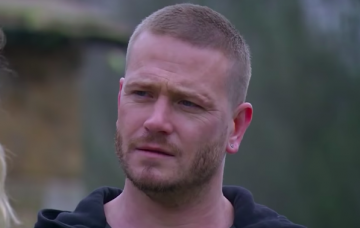 Maya has been abusing Jacob for months

David Metcalfe is set to learn the truth of Maya’s Stepney’s disgusting abuse of his son Jacob in Emmerdale.

In Tuesday night’s second episode (May 7 2019) we finally saw what really happened to Maya after Priya caught her kissing 16-year-old Jacob outside of the club.

Priya told Jacob’s biological mum/aunt Leyla and Jacob’s ex-step-mother Tracy about what she witnessed and we watched events unfold.

After the women forced Maya to travel back to the village with them, she jumped out of the car and ran into the woods.

Leyla, Tracy and Priya managed to track her down to a shed where she was revealed to be injured. Priya attempted to help her but the school teacher ran off again.

However, unknown to Tracy and Priya, Leyla caught up with Maya and the pair got into a physical scrap which ended with Leyla smashing a rock against her head.

Rolling her unconscious body off her, down a steep slope and into a stream, Tracy and Priva caught up to her asking if she had heard the scream. Not telling them what had just happened, the three ladies left the woods and Leyla believed she had killed her enemy.

However, it was revealed Maya was still alive and she rang Jacob who she later met at a hotel.

Although agreeing to keep things quiet and not go to the police, it looks like they can’t keep the secret much longer as David is set to find out the truth.

The shopkeeper will be sent reeling when he finds out what’s been happening.

At first he is unsettled by what he is hearing but as it sinks in he is devastated by the betrayal. He’s in disbelief that he was fooled and that it has been happening under his roof.

But will he see that Jacob was the victim of abuse or will he blame him?

David began a relationship last year with school teacher Maya. However, it was David’s 15-year-old son that she was more interested in.

For months, Maya has been grooming David’s step-son Jacob and even began sleeping with him just days after he turned 16.