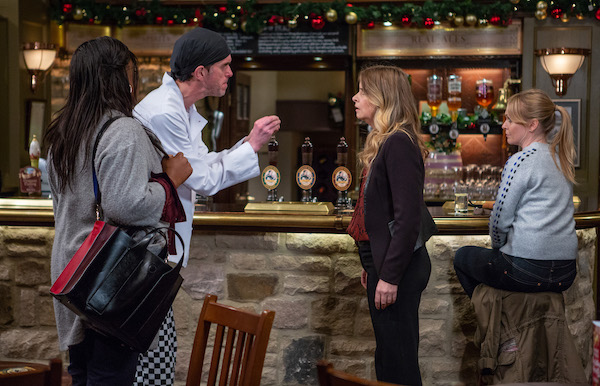 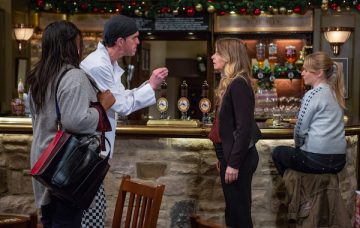 And Jessie's to blame!

There’s tension between the Dingles when an argument breaks out in the Woolpack next week and Marlon ends up getting punched in the face by Charity.

When Noah Dingle finds himself getting excluded from school following his new-found love for playing pranks, headteacher Jessie Grant is left in a tricky situation where her work at school starts to clash with her home life.

With Jessie dating Noah’s relative, Marlon Dingle, it’s clear that her decision to discipline him won’t go down well with the rest of the Dingle clan.

When Marlon gets wind of what has happened, he tries to talk to his other half, asking her to go easy on Noah – but Jessie is stuck between a rock and a hard place and begs Marlon not to get involved.

But that’s not the end of the drama for Jessie – far from it!

Knowing that she’s going to have Noah’s mum, Charity, on the warpath, Jessie steels herself for a showdown when she heads out for a night at the Woolpack.

And the teacher is right to be worried, because it doesn’t take long for Charity to vent her anger at Jessie, leaving it up to Marlon to step in and try and break up the argument between his girlfriend and his cousin.

But Marlon’s definitely going to end up regretting ever getting involved when he confronts Charity and she retaliates by knocking him down with a punch.

Jessie is horrified that her career has left Marlon warring with his family, and deciding that she needs to show Marlon how much he means to her, she comes up with a plan that will knock his socks off.

It has recently been revealed that Jessie’s plan involves a shock proposal, which quickly turns into a surprise Christmas wedding…

Actress Sandra Marvin, who plays the Hotten Academy headteacher, told What’s On TV: “Marlon is Jessie’s knight in shining armour. She thinks life’s too short and wants to prove how much she loves him. 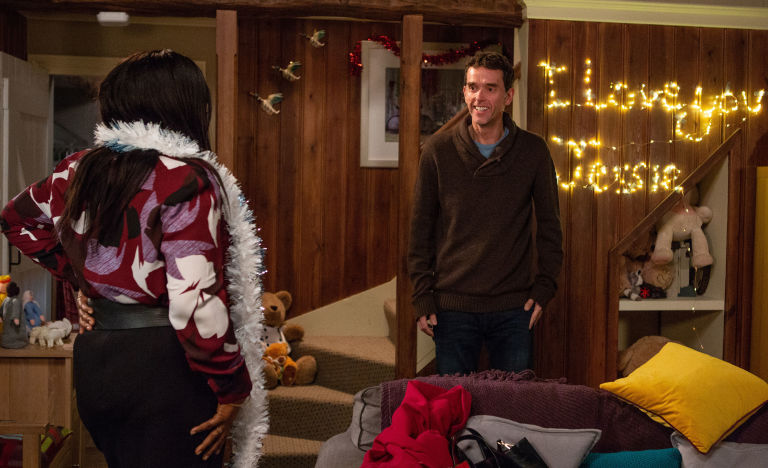 “First she asks April’s permission – she’s the boss! April and Ellis are really gunging-ho about the wedding, they’re the ones who keep Jessie on track.

Read More: Emmerdale SPOILER: Jessie Grant haunted by her past

“It would be nice to see them make a go of things because Marlon has had so many ups and downs. I think Jessie would slot well into the Dingle family. She definitely has the strength of the Dingle women.”

Do you think Jessie and Marlon have got what it takes to go the distance? Leave us a comment on our Facebook page @EntertainmentDailyFix and let us know what you think!