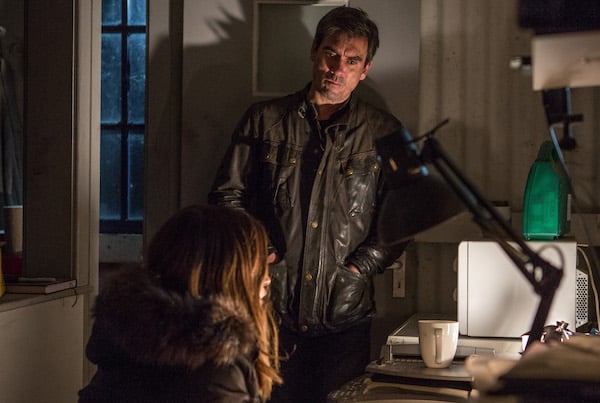 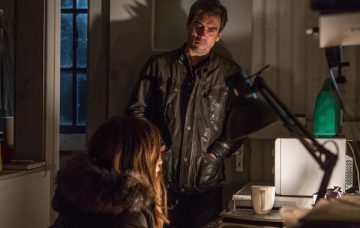 The truth is finally out...

After months of hiding the secret that he killed Joe Tate, Cain Dingle finally reveals the truth to daughter Debbie next week. But little does he know, he’s confessing to a crime he didn’t even commit.

After the police call and ask Debbie to ID a body that they think could be Joe, his one-time bride loses her nerve and Cain steps in and offers to go instead.

Thankfully for everyone involved, it turns out that the deceased isn’t Mr Tate… but the pain of not knowing what has happened to the love of her life is too much, and Debbie breaks down in front of her dad.

Knowing that he has to come clean, Cain reveals that Joe is dead… and he knows because he’s the one who killed him.

It’s no surprise that the news will floor Debbie, and in that split second the father and daughter bond the pair have shared for so long is shattered into a million pieces.

But how would Cain feel if he knew that he didn’t actually kill Joe and all this heartache has been for nothing?

Viewers will know that Cain believes the single punch that he dealt Joe back in October last year was what left his daughter’s fiancé dead.

But the truth is Joe was still alive when Graham Foster bundled him into the boot of his car.

Graham then drove Joe to Hotten viaduct where he apparently finished the job that Cain had started, before dumping Joe’s body on Kim Tate’s orders.

Next week sees Debbie confront Graham, after Cain’s confession, not realising that he is actually the main reason her fiancé is dead.

Graham is horrified when he realises that Debbie knows about Joe’s demise, but pretends to be shocked and asks her how she can be so sure.

Joe’s former right hand man is fuming that Cain has let the cat out of the bag, and things start to unravel when Cain arrives at Home Farm to offload some more truths on Debbie… including that Graham was also involved in Joe’s death.

As Cain tries to tell Debbie what really happened the day Joe died, she doesn’t want to hear it and flees the house, but that’s not the end of the drama.

The following day things continue to unravel for troubled Cain and when Debbie realises that Moira also knew that Joe was dead, Cain loses it and lashes out.

After trashing the house, he then targets Moira, pushing her against the fridge in a violent rage.

Does this latest outburst mean Cain’s just lost the two women in his life for good?

How do you think Cain will react when he finds out he didn’t kill Joe? Leave us a comment on our Facebook page @EntertainmentDailyFix and let us know what you think!