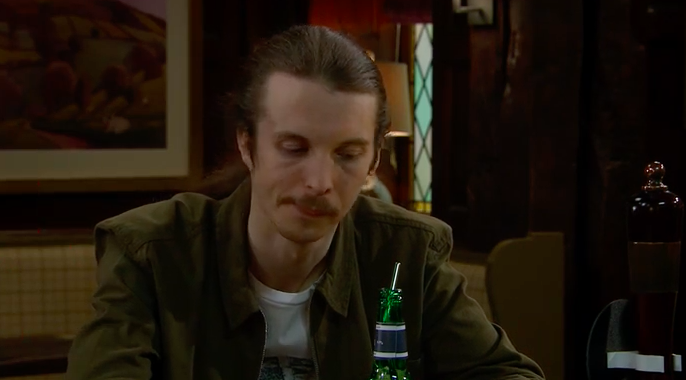 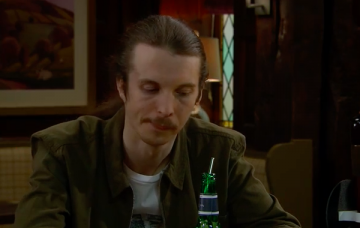 Charity still hasn't told her family that her son is alive

Ryan Stocks is going to be left heartbroken in Emmerdale when he discovers mum Charity Dingle has kept him a secret.

The secret son of Charity has only just agreed to be part of his birth mother’s life after she begged him for another chance.

But their reunion hits a snag when he arrives in the pub to discover that she still hasn’t told any of her family about him.

Mother and son are having a chat when Charity let’s slip she has other children.

Obviously interested in his siblings, Ryan asks her about them.

“I’ve got Debbie, Noah and Moses. Moses is the only one I need a babysitter for.

Seemingly pleased he will have three new siblings, he then asks Charity if she has a husband and she reveals she is with Vanessa.

She says: “I have a girlfriend actually, she’s called Vanessa. She was at the police station with me.”

Ryan then asks: “Cool, so when do I get to meet everyone?”

But when Chas walked out into the bar and began talking through the menu options, Charity was forced to confess.

She said: “Look I’ve actually told her I was quoting you for a party yeah.

“I mean they know what happened to me, they just don’t know about you yet.

“I wanted to wait a bit. And you’ll understand when you meet them. They’re loud, in your face and they’ll probably make you drink out of a welly.

“You should probably get back to work.”

Ryan then sat at the bar looking utterly heartbroken over his birth mother’s behaviour.

How do you think the Dingle’s will react to discovering Charity has a secret son? Leave us a comment on our Facebook page @EntertainmentDailyFix and let us know what you think!