While the dry rot at the Woolpack story is certainly edge-of-your-seat stuff in Emmerdale, it turns out it's not the real reason the pub has had to temporarily relocate.

When Charity discovered the watering hole had dry rot last month, they had to shut up shop.

She relocated the entire business to the village hall, where vicar Harriet Finch is licensed to sell alcoholic beverages. 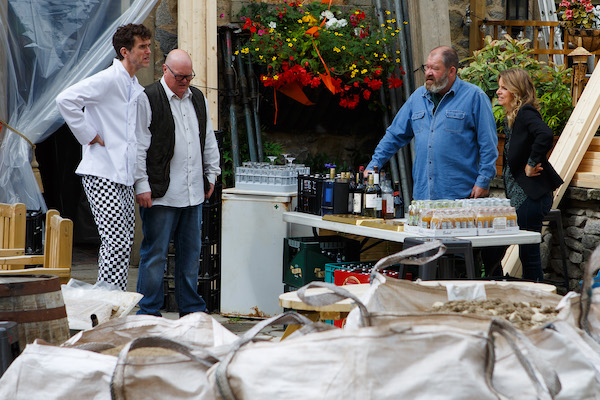 Work is ongoing at the Woolie (Credit: ITV)

But it turns out the whole thing wasn't just because storyliners had an idea for such a thrilling plot, in fact there's a behind-the-scenes reason for the shut down.

According to Digital Spy a show spokesperson has confirmed the story is part of a set upgrade.

They told the website: "We are investing in our infrastructure in Leeds and updating our studio lighting to new LED lights, which use far less electricity in line with ITV's carbon reduction policy and helping make Emmerdale one of the most sustainable dramas in the UK.

We are investing in our infrastructure in Leeds and updating our studio lighting to new LED lights.

"But it means we have had to temporarily move The Woolpack out of studio and force our locals to drink in the pub garden and latterly in the village hall.

"Don't worry, they'll all be back inside the cosy Woolpack in time for the cold weather." 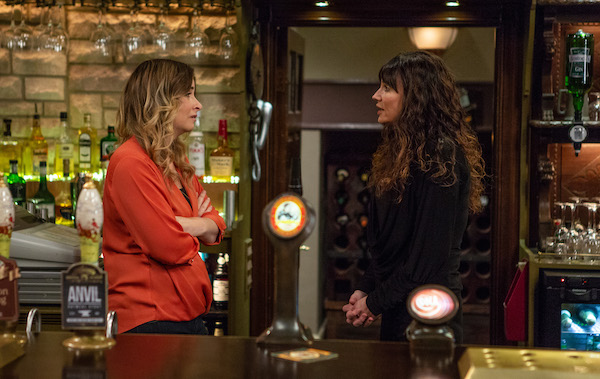 Will Charity and Chas have a business after Doug's antics? (Credit: ITV)

That's if Charity has a business to go back to that is...

Currently, Doug Potts smoking marijuana is putting the licence of the village hall in jeopardy.

Pensioner Doug is using the drug to ease his back pain, and last week was enjoying a spliff behind the community centre when Dawn Taylor suddenly appeared. 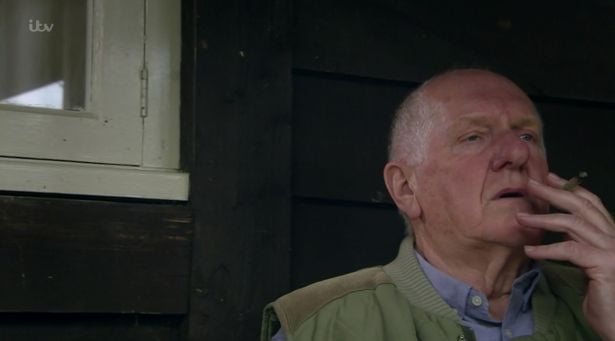 Worried about being caught red-handed, he quickly stubbed out his joint and threw the incriminating evidence away, before telling Dawn he was "just having a moment to myself".

Harriet Finch later found the joint and became concerned she could lose her licence if the news spread, and Charity Dingle was quick to blame Dawn. 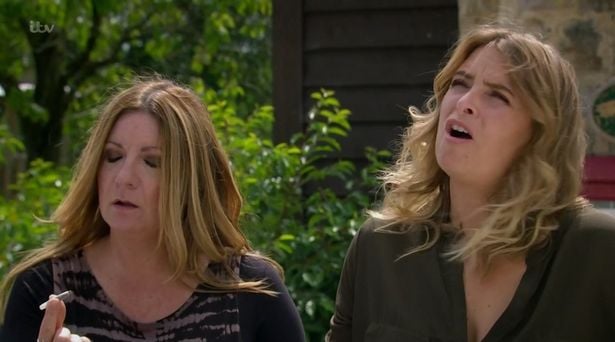