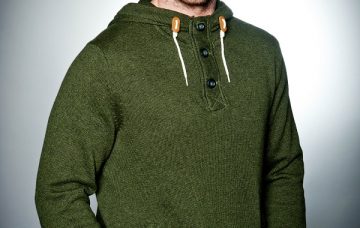 Fans of Emmerdale are unhappy with Pete Barton’s exit storyline.

The farmer will leave the village in the coming weeks after becoming disillusioned with his life there but fans have claimed that it doesn’t make any sense.

Spoiler information released by the soap says how Pete will become frustrated as ex Tracy Metcalfe sidelines him for farming partner Nate Robinson.

One said: “Never mentioned this before, now that all the family have been got rid off its time to get rid of Pete with some lame plot!!!”

A second said: “That’s what I thought. It’s an interesting story, but not to be rushed in a few episodes and then he leaves. It doesn’t help that’s he’s been in so few eps the past 6 months.”

A third said: “I will be sorry to see Pete leave: he is my favourite Barton brother. The only two Bartons left will be Moira and Matty.”

A source told The Sun‘s Bizarre TV column: “Anthony has loved his time on Emmerdale but he is really keen to try and make a name for himself away from just soaps, and is looking at auditions.

Anthony joined Emmerdale in 2013 as John and Moira Barton’s nephew Pete and first appeared with his dad James and younger brother Finn.

Will you miss Pete? Leave us a comment on our Facebook page @EntertainmentDailyFix and let us know what you think!