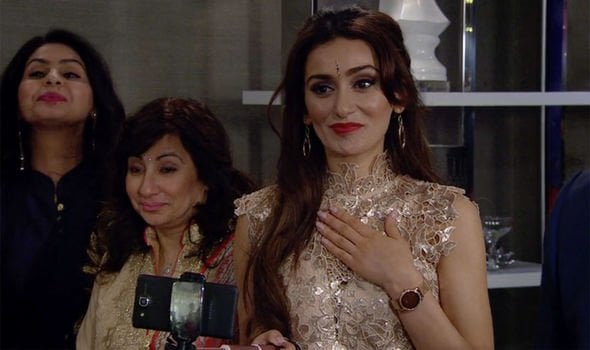 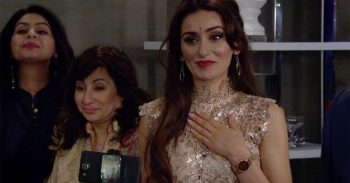 She'll soon disappear from the Dales...

Ever since Emmerdale confirmed the news that actress Shila Iqbal had been axed, fans have been wondering how her character would be written out.

Last night (Wednesday 17 April), viewers saw Aiesha Richards in some of her last scenes in the ITV soap – as she annoyed her stepsister and brother Priya and Jai.

As she caused problems onscreen, fans made light of the situation, claiming to have solved all of Priya’s problems…

As Aiesha thrilled her stepdad Rishi Sharma with a sweet message in his birthday card and some posh booze, Jai and Priya were not impressed…

Feeling like they’d been upstaged and made to look stingy in comparison, they had their noses put seriously out of joint.

When a massive cake arrived at work with a balloon, Jai and Priya really were put to shame.

But fans suggested the sibling rivalry would soon be solved!

Another added: “That will be the last cake Rishi gets from Aiesha as she’s off soon for being naughty #Emmerdale.”

So are these the last scenes of Aisha then? Please! #emmerdale

I hope this is Aiesha's last ever scene #Emmerdale

“So are these the last scenes of Aiesha then? Please!” implored another.

Shila has left the soap, after what can only be described as an uncomfortable chain of events.

She will only be onscreen for another two weeks after being sacked from the ITV soap for historic controversial tweets.

ED! reported earlier this month that Shila had been axed from her role after offensive historic social media posts came to light in which the N-word was allegedly used.

An Emmerdale spokeswoman said: “As a consequence of historic social media posts Shila Iqbal has left her role as Aiesha Richards on Emmerdale.

Apologetic Shila said after the scandal broke: “I am terribly sorry and take full responsibility for my use of such inappropriate language…

“Although I was young when I made the tweets, it was still completely wrong of me to do so and I sincerely apologise…

“The only consideration I would ask is that I have recently received hateful tweets telling me that, as a Muslim, my Emmerdale role means that I am ‘committing sinful acts, promoting sin and deliberately going against the Quran’.

“I regret that I too have let people down by the use of such language, albeit six years ago.

“I, like everyone else, have a responsibility about the language I have used on social media as well as in conversation.”

Did Shila deserve to be fired? Leave us a comment on our Facebook page @EntertainmentDailyFix and let us know.