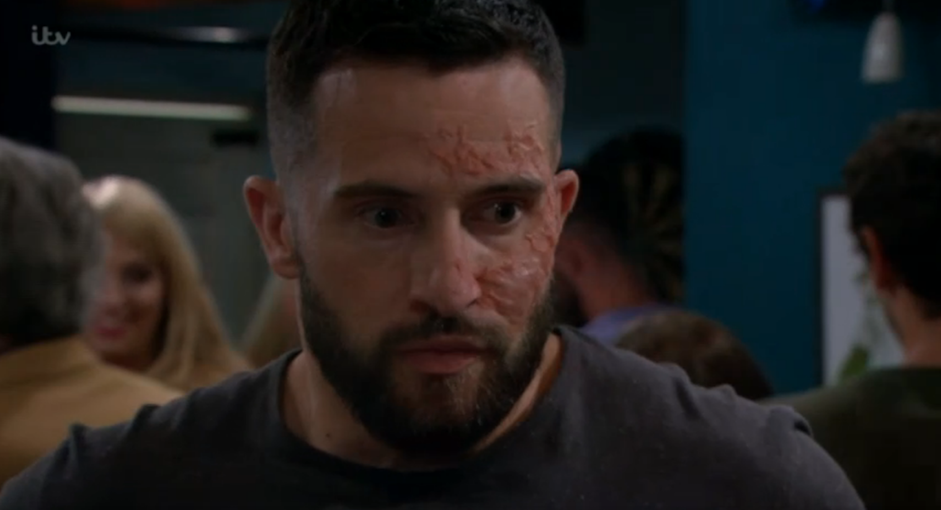 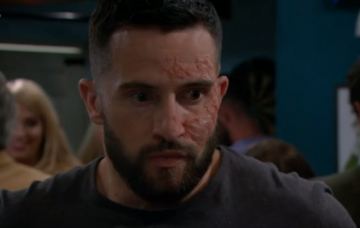 Horrified Emmerdale viewers have blasted Ross Barton for being a “pathetic junkie” after the troubled mechanic’s irresponsibility left Frank Clayton and Megan Macey seemingly fighting for their lives.

The recently-reunited couple were taking their new classic car for a spin in the countryside in the belief Ross had tuned up the motor.

But unaware the flash yellow sporty number was leaking fluid, Frank and Megan’s vehicle soon ended upside-down in a ditch with their belongings strewn across the road after they decided to see how the car fared with a bit of speed on the open road.

Ross, still traumatised from being attacked with acid, had stormed off while checking the car over after being playfully sprayed in the face with a water pistol by Cain’s son Kyle.

And instead of returning to finish fixing the car, Ross headed home to prepare for his house party – and get wrecked on cocaine.

Viewers were not impressed.

Ross back on the drugs again, will he ever learn. #Emmerdale 🤨

Ross, don’t be that stupid and start on the drugs. I thought you would be better than that. #Emmerdale

Not everyone thought Ross was entirely to blame, however.

And others found comic relief in Ross’ state as he mocked Rodney Blackstock for being old when he turned up to the party.

Joking he would have prepared music more appropriate for Rodney’s age, Ross seemed to mispronounce a Dame Vera Lynn classic.

Did Ross say ‘white diffs of clover then’ 😂😂 #Emmerdale

There were also some fans who even found the crash laughable, complaining they didn’t get to see the moments of the prang itself.

we didn’t see the crash.. that makes a change #Emmerdale

frank and megan are involved in a horrific car accident but they didn’t even show the crash 😂😂 #emmerdale pic.twitter.com/H6UHHY07NE

I feel a bit cheated not seeing the crash happen. Must have blown the budget on Ross’s disco lights #emmerdale

One viewer, however, thought the crash going unseen heightened the storyline’s drama.

Impressed with #Emmerdale for not showing the crash.

It created of a bigger “oh god” moment for me

What do you make of Ross’ behaviour and the way the crash was portrayed? Let us know what you think by leaving us a comment on our Facebook page @EntertainmentDailyFix!