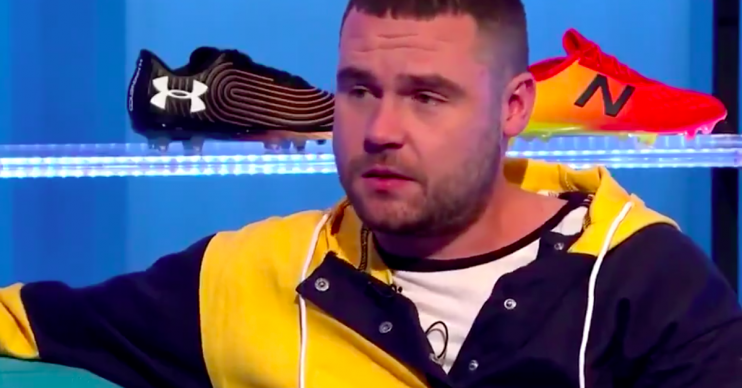 Fans are furious and very disappointed with him

Emmerdale fans have turned on Danny Miller after his weekend appearance on Soccer AM.

The Aaron Dingle actor has been slammed by Robron’s fans for appearing to ‘downplay’ the coupling.

Asked about the couple on the sports morning show, Danny looked embarrassed and won laughter for saying: “There’s a couple in the show that I’m 50 per cent of.

“It’s two guys, they’re married and a lot of stuff goes on – it’s just a normal relationship. There’s stuff going on and coming up which I suppose is why I’m here to promote it.”

The studio burst into awkward laughter at the interview, but Emmerdale fans felt betrayed by Danny’s comments.

One tweeted: “Still [expletive] at Danny trying to be clever and taking the [expletive] out of his fans and acting like Robron means nothing. That [expletive] relationship has given him a solid fanbase the last 5 years and he treats them like that. Laughable.”

Another said: “I love #Robron & I will miss them like crazy but Danny M had no right to treat the fans like they’re nothing but [expletive]”

A third said: “I’ve just seen the clip…oh Danny! 😟 He just wasn’t OK talking about Robron was he?

“Awards, votes, charity matches, damn just the general support. He doesn’t get it.

Another even vowed to stop watching Emmerdale because of his comments: “Danny just looked so embarrassed, zero interest even talking about Robron and not even one bit proud whatsoever!

“Really thought he was more than that 😑 like ngl I’m not surprised Ryan’s decided to up and leave & I wont have to watch anymore.”

What did you make of his comments? Leave us a comment on our Facebook page @EntertainmentDailyFix and let us know what you think!