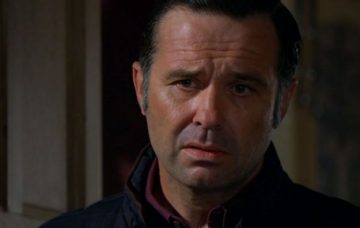 Emmerdale fans shocked as Graham commits murder – is Joe next?

Connor is a goner...

The ‘friendship’ between Joe Tate and sidekick Graham Foster will never be the same again after brutal scenes last night.

Wednesday’s episode saw Joe set a trap for Graham in order to save himself from Connor’s dark wedding ultimatum.

Although Joe regretted the betrayal and tried to persuade Connor to stop, viewers saw Graham bound and gagged at Home Farm and feared the worst…

But this is Graham we’re talking about, and the former soldier somehow managed to turn the tables on the villain and escape.

On Thursday (4 October), Joe came back to Home Farm to discover blood and thought that Graham was dead.

But it was Graham who then appeared and revealed that he had done “what had to be done” with Connor.

He warned: “Let’s just say that ship has sailed.

“I did what needed doing and have been cleaning up the mess. You’ve been making quite a lot of mess recently.”

Revealing that Connor had told Graham everything before he murdered him, Joe begged to be forgiven for setting him up.

But we don’t think forgiveness is in Graham’s vocabulary. Is he going to kill Joe next?

“What’s done is done,” said Graham menacingly… And with Kim Tate set to return and order Graham to get rid of Joe for good, is Joe a dead man walking?

Some fans think so!

emmerdale When Graham yelled today at Joe, I was thinking maybe Joe won't make it to his wedding. Graham is the wrong guy to try to kill.

#Emmerdale Graham is a BOSS! The way she shouted down at the young Tate man… PRICELESS!

One tweeted: “Graham is going to be out for revenge on you Joe. Watch your back.”

A third wrote: “When Graham yelled today at Joe, I was thinking maybe Joe won’t make it to his wedding. Graham is the wrong guy to try to kill.”

Viewers can expect explosive scenes next week when Kim, Graham and Joe come face to face – but who will survive the encounter?

Do you think Graham Foster will kill Joe Tate? Leave us a comment on our Facebook page @EntertainmentDailyFix and let us know what you think!