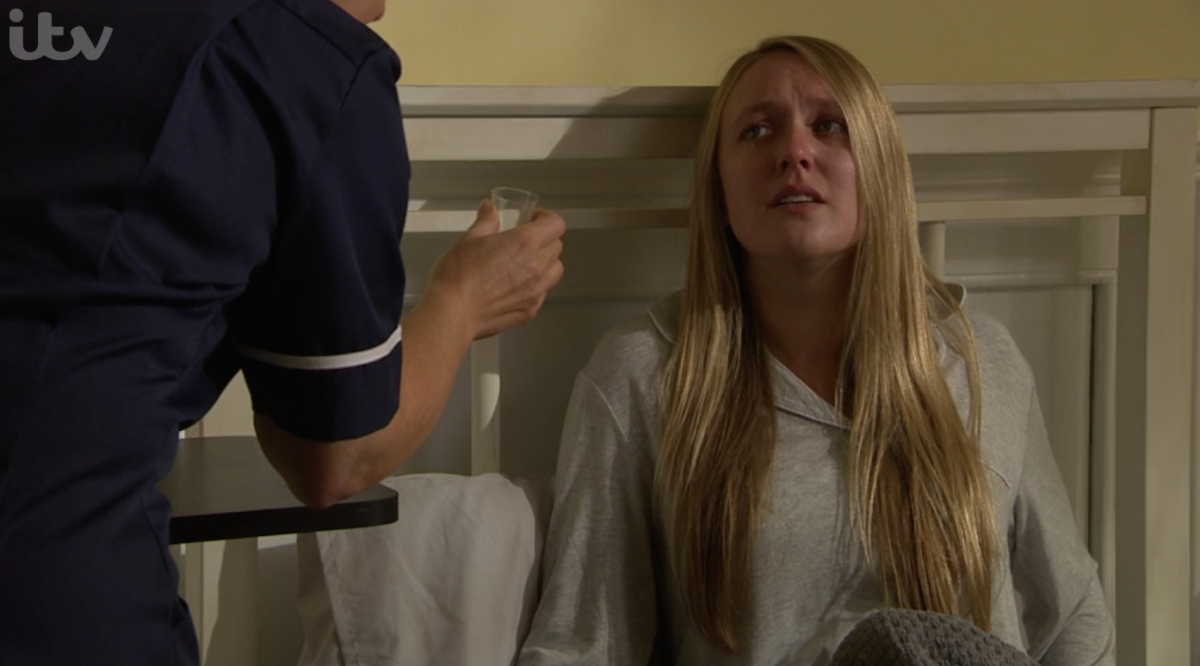 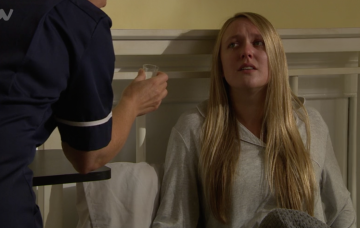 She's not out of danger yet...

Emmerdale fans were finally put out of their misery last night as the ITV soap revealed that Rebecca White is still alive. Hurrah!

But while viewers were thrilled that serial killer Lachlan hadn’t killed his aunt after all, the revelation that she’d managed to keep her life came with a huge twist.

The new mum could be seen tied up to a bed in a sinister-looking, white-walled hospital room, with a nurse looking after her who clearly thinks she is ill.

Emmerdale fans have spent weeks wondering if Rebecca had met a grizzly end after being held hostage in an abandoned cabin in the woods by her crazed nephew.

After Lachlan killed his own mum and grandad, not to mention his best friend Gerry and Gerry’s fake uncle, Terry, it seemed likely that Rebecca had also died at the hands of Emmerdale’s most sinister killer.

Fans were thrilled to see her back on their screens…

But just because Rebecca is alive, that doesn’t mean she is out of danger yet.

With the nurse keeping her tied up and forcing her to take sedatives that she doesn’t need, will Rebecca ever escape?

As Rebecca fights for freedom, Belle’s on a one-woman mission to get the truth out of Lachlan.

Last night’s trip to Emmerdale saw her visiting her boyfriend in jail, trying to pretend that she still had feelings for him in an attempt to find out if Rebecca is still alive.

She told the killer that she would come and visit him in prison if he revealed Rebecca’s fate… but he remained frustratingly tight-lipped.

Tonight’s episode will see the police decide that the search for Rebecca is now a murder investigation as they announce they’re looking for a body.

But while the search for the mum steps up another gear, little do the villagers know she is still alive.

Will they find her before the evil nurse working for Lachlan does something sinister?

Are you glad Rebecca is still alive? Leave us a comment on our Facebook page @EntertainmentDailyFix and let us know what you think!