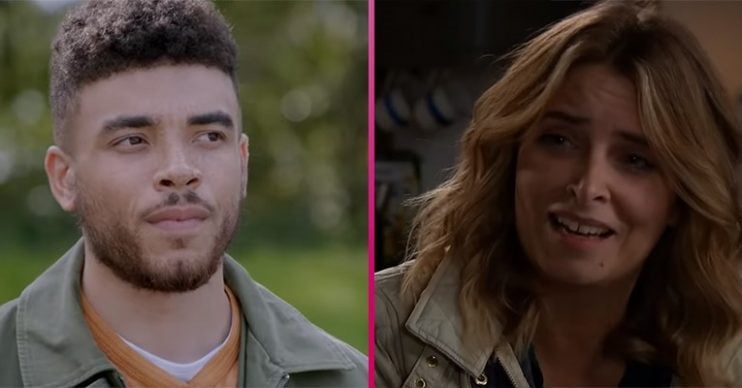 Fans of Emmerdale have predicted Nate Robinson and Charity Dingle will sleep together.

Viewers know Nate hasn’t been in the villagers’ good books since it was exposed he was having an affair with Cain Dingle’s wife Moira.

But in a twist it was revealed that Nate is Cain Dingle’s long-lost son.

Read More: Charley Webb unveils Buster’s short haircut after abuse from trolls – and he looks the image of her

Although Nate had the affair to ruin Cain’s life as he believed he rejected him before he was born, Cain’s mother Faith revealed Cain had no idea about his son.

Since finding out Cain didn’t know about his existence, Nate has tried to make amends with his family.

But in Tuesday night’s episode (November 12 2019), Nate became Charity’s hero when he managed to bring her son Moses home.

Moses had been kidnapped after getting caught up in Cain and Aaron’s car theft and war with Sean.

Despite Cain and Aaron trying to get the little boy back, they had no luck and returned home without him.

But Charity was relieved when Nate came back to the house with Moses and she branded Nate a “hero”.

Nate and Charity are bound to get it on at some stage I bet.

She also told Nate he would get free drinks in The Woolpack for life.

Viewers think Charity and Nate will end up sleeping together.

#Emmerdale Nate and Charity are bound to get it on at some stage I bet. 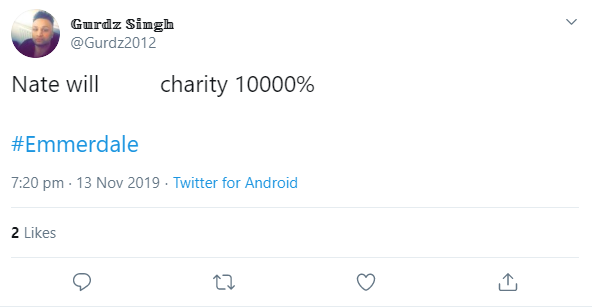 I hope Vanessa don't forgive her

She'll have Nate hanging round like a bad rash