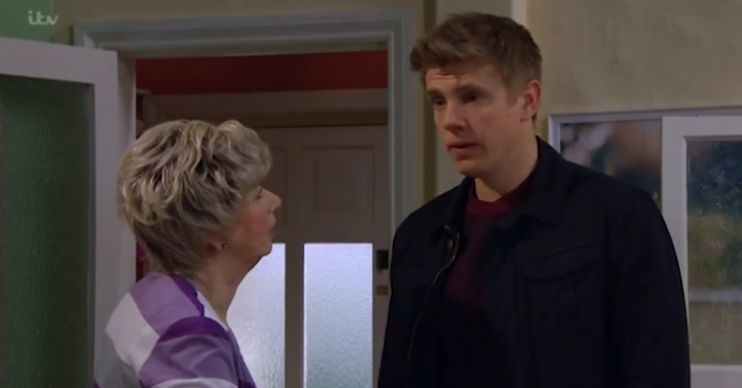 Victoria was raped by stranger Lee during a night out

Victoria Sugden is trying to recover from one of the most harrowing experiences of her life – being raped by stranger Lee after what was supposed to be a fun night out with friends.

And while Emmerdale fans have been heartbroken for her and devastated by the storyline, her brother Robert appeared to let her down badly last night (May 14).

Clearly frustrated that he isn’t able to ‘fix’ the problem, Robert attempted to help by approaching a lawyer.

But, in doing so, he seemed to ‘victim-blame’ his sister – accusing her of wasting time and insinuating she should have gone to the police sooner.

And fans were quick to criticise the character for making Victoria feel WORSE, not better.

Perhaps meaning well, but getting it totally wrong, Robert vented his frustrations by pointing out there was a lack of evidence to give the police.

He told Diane and Victoria: “I’ll get cracking with that lawyer. We’ve wasted enough time as it is.”

When Victoria replied: “What’s that supposed to mean?”

Robert insisted: “I wasn’t there at the start when I could have made a difference. I’m not making that mistake again.”

As Victoria insisted “there’s nothing you could have done”, Robert pushed back, saying: “I would have made you get examined, I could have talked you round.”

When she reacted angrily to his mansplaining, he spat: “Yeah, well, I wouldn’t have let him in the house, that’s for sure.”

And viewers were livid with him, accusing him of blaming Victoria for her horrific rape.

One said: “Dear lawd Robert! Choice of words! Never mind stepping in it, he planked into it… #Emmerdale.”

Dear lawd Robert! Choice of words! Never mind stepping in it, he planked into it… #Emmerdale

Robert that was bang out of order #emmerdale pic.twitter.com/CzkGMmGzzC

Another added: “Robert that was bang out of order #Emmerdale.”

A third called Robert “a big idiot”, while one more simply told him to “sod off”.

Robert later showed his tender side when he halted his surrogacy plans to be able to concentrate on supporting his sister.

He suggested to Victoria that she should get away from the house – the scene of the hateful crime – and the two of them left the village together.

During heartbreaking scenes last week, a flashback revealed that Victoria had been raped by stranger Lee during a night out.

The soap has now confirmed that Victoria is pregnant with the rapist’s baby.

Do you think Robert was out of order? Leave us a comment on our Facebook page @EntertainmentDailyFix and let us know what you think!