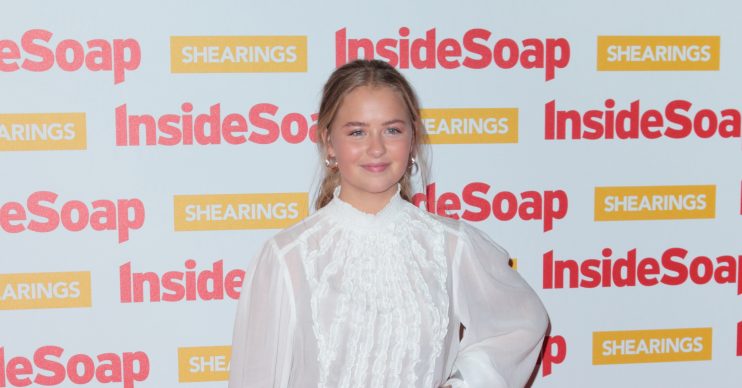 Isobel has been working on her music recently

Fans of Emmerdale love Isobel Steele’s cute pictures as she celebrated Christmas early with her friends.

The actress, who plays Liv Flaherty in the soap posted a series of pictures to Instagram.

In the pictures Isobel can be seen having a meal with her friends and having fun on a trampoline.

A second commented: “Izzy is the cutest like ever.”

A third said: “So cuteeeeeee.”

The actress has had a busy year.

She recently announced she is releasing a new single this month called ‘In your Case’.

This isn’t the first time she’s released music as the singer/songwriter released an EP called ‘Sounds from the Lounge’ last month.

She later revealed the EP had 17,000 streams in the first three weeks of its release.

As well as working on her music, the actress has been busy in Emmerdale.

Her alter ego Liv is currently worried about her brother Aaron, who is struggling since his husband Robert was sent to prison for murdering Lee Posner.

Lee raped Robert’s sister Victoria earlier this year resulting in her getting pregnant.

After Robert attacked Lee, the rapist passed away in hospital and Robert was given life in prison with a minimum of 14 years.

Robert was then moved to a prison on the Isle of Wight, stopped contact with Aaron, and sent him divorce papers.

Later this week when Robert sends Victoria a letter, Aaron is heartbroken and goes to the woods where he breaks down in tears.

She moves closer to the water but suddenly she begins to have another seizure.

Alone and vulnerable she falls to the ground. Will someone find her?

Have you had early festive celebrations? Leave us a comment on our Facebook page @EntertainmentDailyFix and let us know what you think!