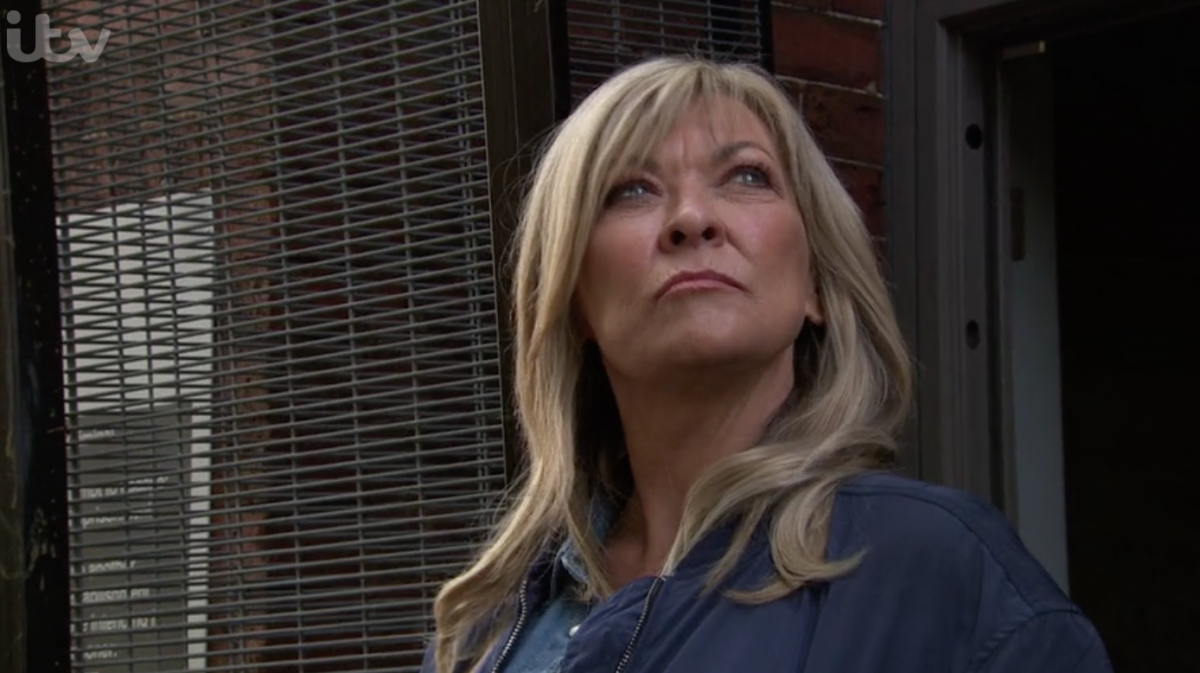 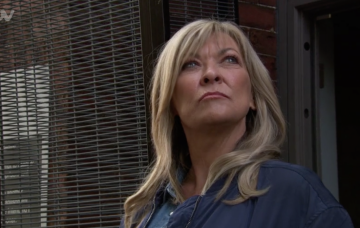 The super-villain is back!

After weeks of anticipation, veteran villain Kim Tate has finally returned to Emmerdale.

Fresh out of prison, Kim arrived in the village last night (Wednesday 10 October) and made her grand entrance at the Masquerade Ball being held at Home Farm.

While fans were beyond excited to see the ITV soap star return, the residents of Emmerdale weren’t so keen.

And who can blame them!? Kim is like a grenade about to go off!

Arriving in style in an expensive sports car, Kim declared herself the true owner of Home Farm and renamed the party her homecoming celebration.

Understandably, those present found her a bit aggressive – especially when she started to insult people left, right and centre.

Fans were puzzled as a furious Charity claimed to have no idea who Kim was – after all, Charity was with Kim’s stepson Chris.

One said: “I am confused! Kim Tate wanted revenge on Charity and Debbie but they and most of the village don’t know who she is! Even I know and I never watched it back in the day.”

Another tweeted: “Wait, wtf, how does Charity (or anyone it seems) not know who Kim Tate is??”

A third added: “How is it that Kim and Charity don’t recognise each other??”

#Emmerdale does noone know who kim is?! I thought Charity knew Kim??? What is her point of being in the village???

How is it that Kim and Charity don’t recognise each other?? #Emmerdale

I am confused! Kim Tate wanted revenge on Charity and Debbie but they and most of the village don’t know who she is! Even I know and I never watched it back in the day (shock/gasp!!) #emmerdale

Wait, wtf, how does Charity (or anyone it seems) not know who Kim Tate is?? #Emmerdale

And now Charity doesn't seem to know or have at least heard through reputation of Kim Tate?! Despite having been married to Chris Tate?! Whhhhhaaaatttt?!!!!! 🤔😂😂😂😂😂😂 #Emmerdale

One made the practical observation: “I know Kim had left before Charity came on the scene but you’d think she’d have seen photos of her previous stepmum-in-law.”

Kim has only been back one day and already she has Emmerdale residents and viewers hot under the collar.

While her machiavellian ways lead to her being pushed over a balcony at the end of the week, some fans have been left wondering if she does a good deed after her ‘death’.

Is she dies in the ‘accident’, will Sarah Sugden be offered her heart (and will she even want it)?

One fan speculated: “Imagine if Kim Tate dies and Sarah gets her old rotten heart.”

Another said: “Does Sarah get Joe or Kim’s heart?”

A third added: “Just a thought but if Kim is killed off could her heart be suitable for Sarah’s transplant.”

Now that would be an interesting twist.

But DOES Kim die? And, if so, who kills her?

Are you glad to see Kim Tate back in Emmerdale? Leave us a comment on our Facebook page @EntertainmentDailyFix and let us know what you think!