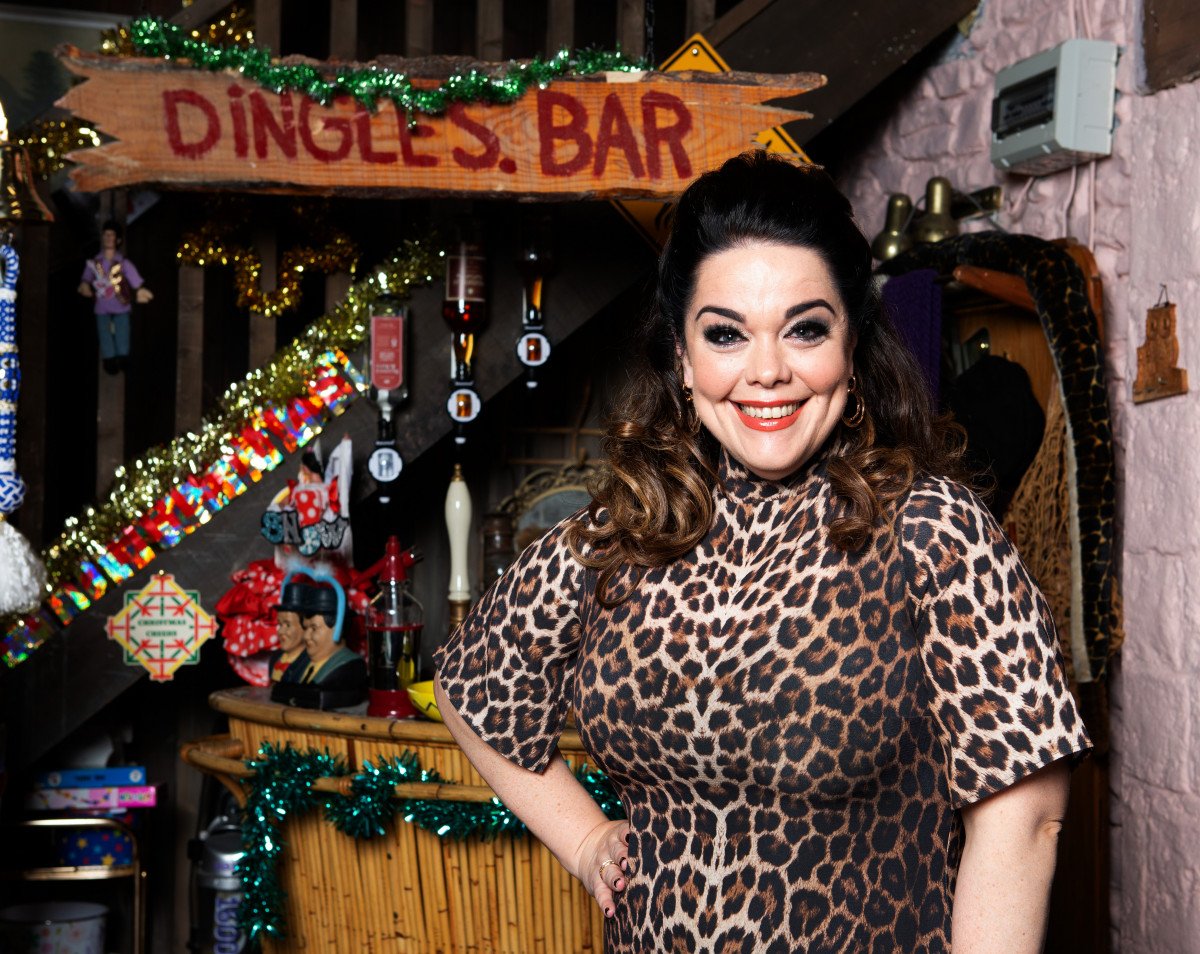 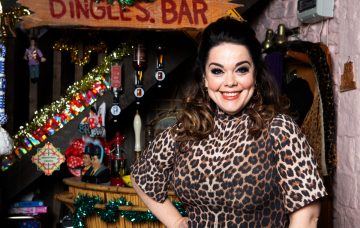 Emmerdale fans have a theory about Mandy Dingle’s return

Have they already figured out her secret?

Earlier today, Emmerdale confirmed actress Lisa Riley will be returning to Emmerdale as Mandy Dingle after 17 years away from the soap.

And now fans of the show are excited to see Mandy return to the village but they think she may not return alone – and in fact will come back with Paddy’s child! 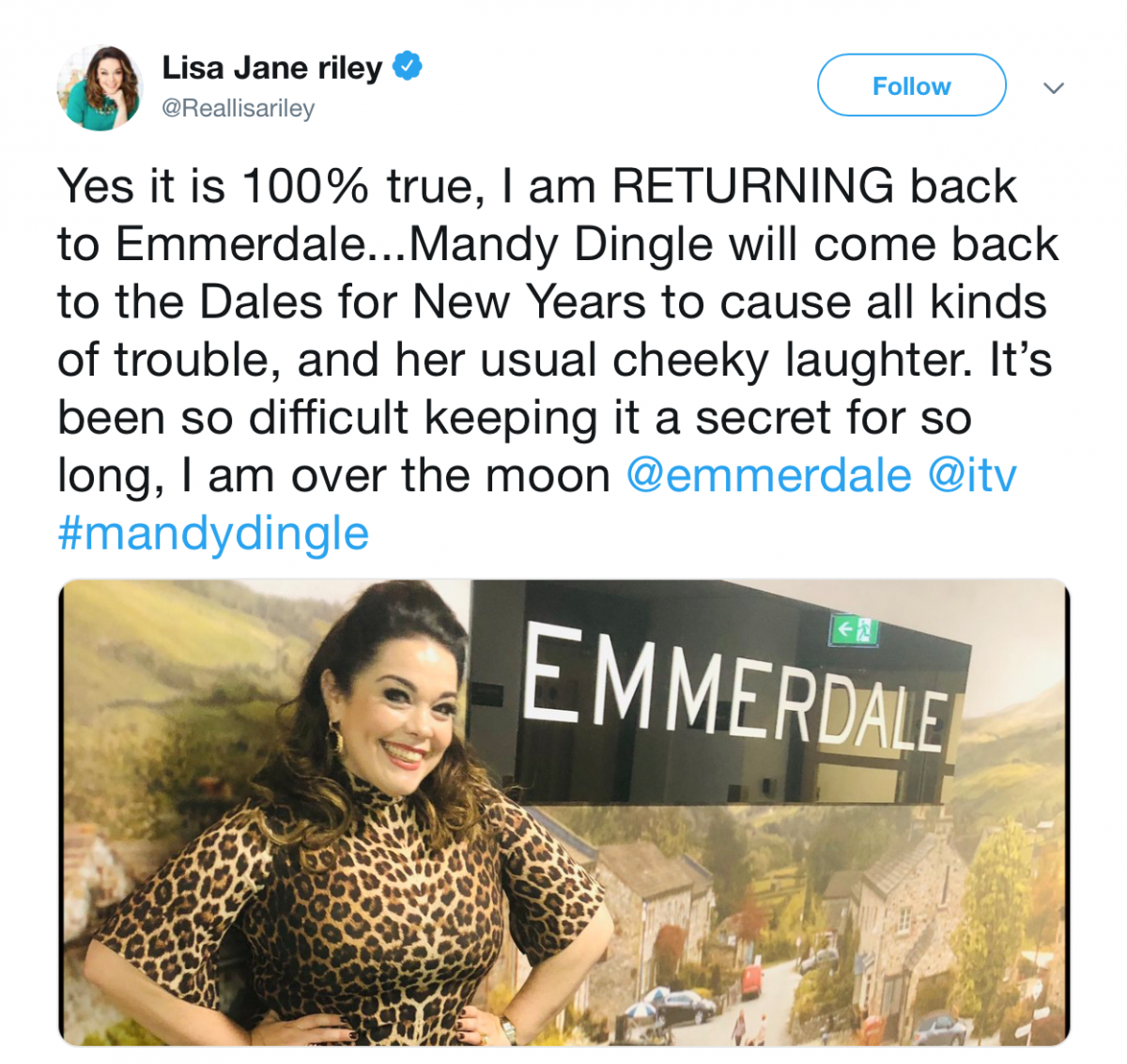 In 2000, Mandy began an affair with her college lecturer which led to her and Paddy getting a divorce. She left in December that year but briefly returned in 2001 hoping to win Paddy back, however she realised he was happy without her and left again.

Fans believe she will return, but this time she will be joined by Paddy’s child.

Mandy Dingle, Kim Tate it's like a time warp, the Emmerdale of my childhood!

ED! readers have also shared their thoughts on this theory. One stated: “I reckon she will come back with a daughter in tow and announce it’s paddy’s !” [sic]

This wouldn’t be the best timing for Paddy as he and fiance Chas recently lost daughter Grace.

Grace was diagnosed with bilateral renal agenesis when Chas went to her 20 week scan. The condition meant Grace would be born without kidneys and underdeveloped lungs.

Since the funeral both Paddy and Chas have been suffering terribly with the loss of their daughter.

After Paddy returned to work too soon, he broke down after the death of a cat. He has been bottling up his emotions trying to be strong for Chas and she has been lashing out.

Next week we will see Chas and Paddy fight to try and save their relationship. However, they both continue to struggle and end up arguing.

Do you think Mandy will return with Paddy’s child? Leave us a comment on our Facebook page @EntertainmentDailyFix and let us know what you think.