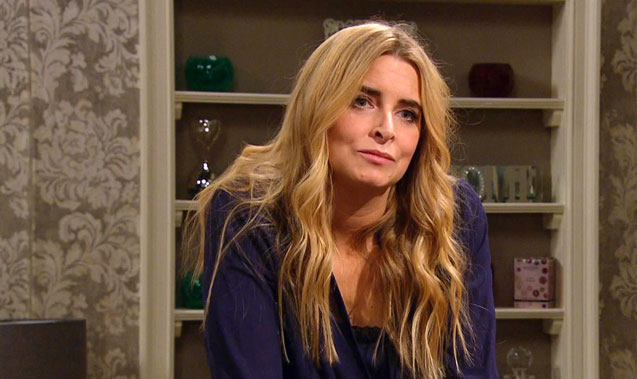 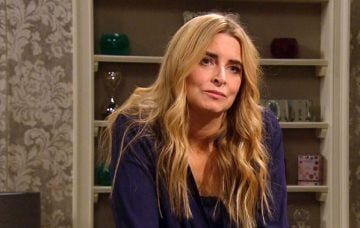 The pub landlady showed off her much shorter hair, and fans LOVED it.

On Tuesday (19 March), the character appeared on screen with her blonde hair cut several inches shorter than before.

Now, her tidy curls sit just below her shoulders – and, luckily for actress Emma Atkins, the transformation went down a storm with ITV viewers.

During the episode, Charity was seen struggling to keep Lisa Dingle’s secret and finally confided in fiancée Vanessa in a bid to explain her recent secretive behaviour.

Viewers know that Charity’s aunt Lisa is suffering from a terminal heart condition, after she revealed the devastating news in the special all-female episode of the soap to celebrate International Women’s Day.

However, some fans were more excited about the new ‘do than the emotional scenes playing out on screen…

Another said: “I love Charity’s hair, by the way.”

Emma Atkins hair looks shorter and I like it 👍🏼 #Emmerdale

“I love Charity’s hair,” gushed a third, while one more added: “Emma Atkins’ hair looks shorter and I like it #Emmerdale.”

While Charity was happy for them, the baby bombshell left her conflicted over whether to feel joy or sadness knowing the family is set to lose its matriarch.

Lisa, who has been on the soap for over 20 years, has asked her niece to prepare a eulogy for her funeral.

Actress Jane Cox has said: “Lisa is so close to my heart as she’s been such a huge part of my life for more than 23 years.

“So I know I will shed more than a few tears when it comes to filming her final scenes.”

And we don’t think she’ll be the only one…