Graham Foster has long been Emmerdale's moody man of mystery, but now he's becoming the resident Lothatio - and fans don't like it one bit.

The army veteran has recently sparked up a rather sweet relationship with Rhona Goskirk, who has seen through his brusk exterior to the slightly softer man inside. 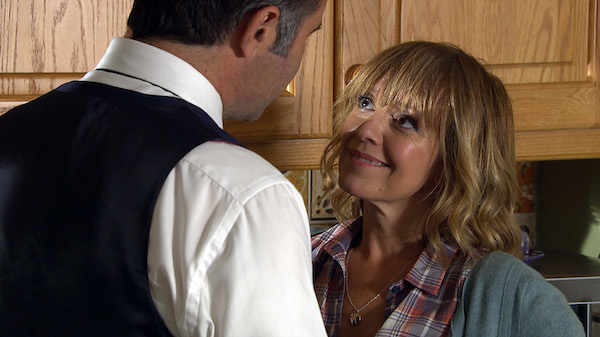 Graham moved in for a passionate kiss (Credit: ITV)

On Thursday (October 17), Rhona was left stunned by Graham's uncharacteristic openness when he moved in for a passionate kiss.

After weeks of flirting and undeniable chemistry, the pair finally gave in to their feelings...

But there's something standing in the way of Graham and Rhona's fledging romance - something Kim Tate-shaped. 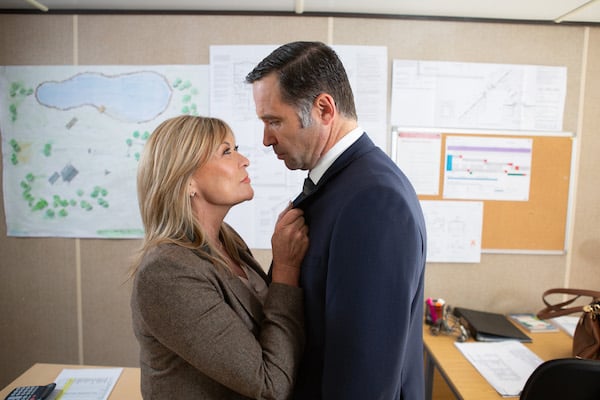 Graham and Kim have a past (Credit: ITV)

After his encounter with Rhona, Graham was then put in a difficult dilemma when Kim made a pass at him.

Torn between his affection for Rhona and his lust for Kim, Graham gave in - and fans were raging.

Greedy Graham's got two birds on the go.

One fan tweeted: "Tut Tut Graham, grow a back bone. Say no. Do not use and abuse Rhona as she's been through hell. Sorry you have just done it [bleeping] Kim. Run for the hills Rhona."

He must be shattered after tonight's episode, Claire, Rhona 🍾🍾🍾

Really not sure how I'm supposed to feel about Graham's antics tonight. Sweeping things off desks to shag Kim one minute, telling sob stories and snogging Rhona the next. Am I supposed to want this relationship for Rhona?!? #emmerdale

A third said "gross" and others agreed, with one typing: "Greedy Graham's got two birds on the go."

Some started the hashtag #TeamGrhona to show their support for the new couple, but one angry fan accused the soap of turning Graham into a "male slapper".

Next week, spoilers tell us that Graham makes his feelings known - but to who, and how?

Are you team Grhona? Leave us a comment on our Facebook page @EntertainmentDailyFix and let us know what you think!