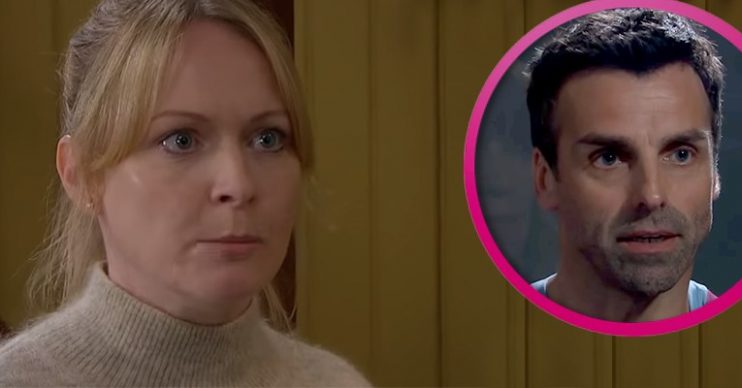 Emmerdale fans fear Vanessa will be Pierce’s next victim

Vanessa and Pierce had a feud when he was dating Rhona

Fans of Emmerdale fear Vanessa Woodfield will be Pierce Harris’s next victim.

In last week’s episodes of the ITV soap (January 23/24 2020) it was revealed Pierce is back and he attacked Rhona Goskirk’s boyfriend Graham by hitting him from behind.

When Graham refused to die he then ran him down to finish the job.

Fans now fear he will go after Rhona’s best friend Vanessa next.

Wait, I wonder if what Emma said about something rocking Charity and Vanessa's world could be to do with Pierce putting Vanessa in danger 🤔 #Emmerdale

Pierce will want revenge on:

What a feeding tonight and beyond, huns. #Emmerdale #Pierce

WAIT!!! Is this what leads to Vanity’s storyline?? What if something happens to Vanessa because she tries to defend Rhona and keep her away from him? #emmerdale

So is Pierce’s return also the thing that rocks #Vanity world? We all know how much he hates Vanessa! 🤔 #Emmerdale

Pierce and Vanessa have never really seen eye to eye since he arrived in Emmerdale in 2016 and began dating Rhona.

When the couple got engaged, Vanessa could sense something was off with Pierce and he was showing signs of possessive behaviour.

So is Pierce’s return also the thing that rocks #Vanity’s world? We all know how much he hates Vanessa!

Pierce then tried to drive Vanessa and Rhona’s friendship apart.

On Pierce and Rhona’s wedding day, he raped his new wife and eventually went to prison for his crimes.

But a couple of weeks ago, Rhona received the news that her ex-husband was up for parole.

In an interview with This Morning (January 24, 2020), Pierce actor Jonathan Wrather explained his character’s reasons for attacking Graham.

He said: “He’s on a crusade to save Rhona from Graham.

After admitting he couldn’t reveal how long he was back for as it would give too much away, Jonathan said: “Everyone should be worried, they should be watching their backs.

Read More: Emmerdale: Six questions we have after Graham’s killer was revealed

“There’s a logic to everything Pierce does, it’s a skewed logic, but he’s very intent on rescuing Rhona from someone who’s violent and dangerous, he feels this is how he can repent and this is what he can do.”

What do you think will happen next in the storyline?