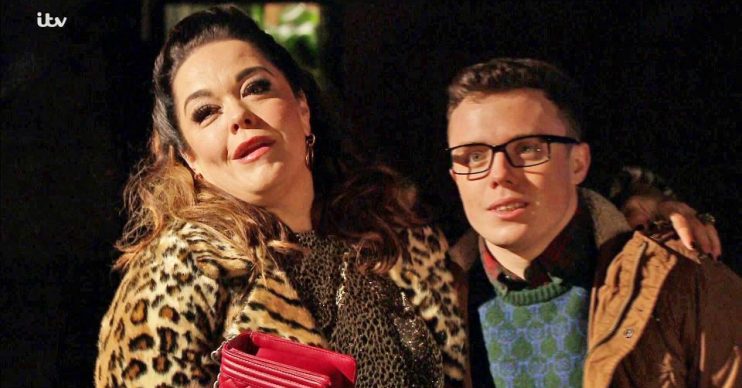 Emmerdale has revealed that Vinny is NOT Mandy Dingle’s son after all, leaving some fans of the ITV soap wondering who he is then.

But others have declared that they just don’t CARE who he is.

Instead, they have begged scriptwriters to get rid of the character and that of his ‘mum’ Mandy.

Viewers of Emmerdale were both baffled and surprised last night, when the soap broke from tradition for an unusual flashback episode.

On Tuesday night (October 29), those watching from home were given an insight into Mandy and ‘son’ Vinny’s past via flashback scenes – which showed them scamming a casino.

Mandy and Vinny were forced to face the ‘Dingle court’ after fraudulently stealing Lydia Hart’s inheritance, and things got weird when they explained what they’d done…

Viewers were left divided by the flashback scenes, with some saying the hour-long episode was “rubbish” and others saying it was “funny”.

Don’t know who he us, don’t care who he is. Get rid of both

And the biggest shock perhaps was left until the end, when it was revealed that Vinny is NOT Mandy’s son as they have been pretending.

At the end of the episode, Vinny turned to Mandy and said: “What if they find out that you’re not my mum?”

With the Dingle family yet to discover the truth about Vinny, there are bound to be more relevations ahead – but some viewers said they wanted rid of the pair and accused their storylines of being “rubbish” and “boring”.

One tweeted: “What a load of absolute rubbish tonight! An hour of my life I’ll never get back. Get rid of Mandy and whoever that lad she’s with. The only reason I didn’t switch off was the hope it would improve, how wrong was I.”

Another said: “Don’t know who he is, don’t care who he is. Get rid of both, they are spoiling Emmerdale. Can’t stand either of them.”

“No one cares about Vinny, let alone Mandy. Time to send mother and son packing!” said one more, while another added: “Nobody cares, just make them both leave.”

As Vinny was revealed not to be Mandy’s son, some predicted that he could be Charity’s which is why she became involved.

Others wondered if Vinny is Mandy’s toyboy or Lydia’s son, while some think he might be ANOTHER long lost son of Cain’s. Now that would be a twist!

Do you care about who Vinny is? Leave us a comment on our Facebook page @EntertainmentDailyFix and let us know what you think of this story.