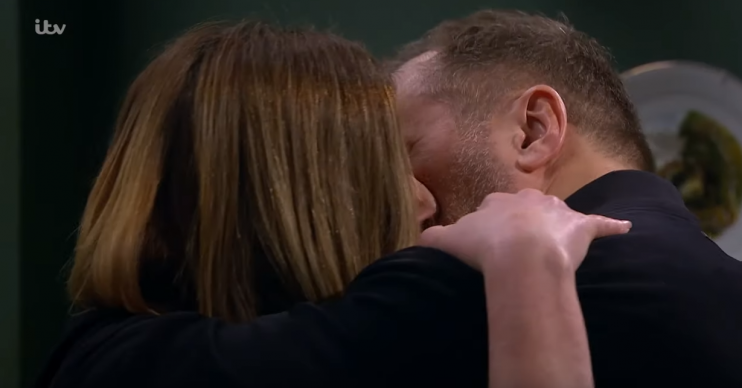 Fans of the are calling the couple "Williet"

Fans of Emmerdale seem to be divided at the latest coupling of Harriet Finch and her ex Will Taylor.

A couple of weeks ago, vicar Harriet was attacked along with other strange occurrences such as her house being broken into and red paint being thrown on the pulpit.

Not long after, it was revealed that Dawn’s dad, Will, was the one stalking Harriet.

Harriet found out her ex-husband was still alive and when she went to tell Dawn, the factory worker pretended to be shocked.

However, he had already roped Dawn into helping him. As Will started to up his torment, Dawn decided she wanted out.

In a dramatic showdown, where Will tried to crush Harriet with a coffin, Harriet found out about Dawn’s part in it all and kicked her out of her home.

Luckily, Will didn’t seriously hurt Harriet and she let him and Dawn go without calling the police.

Dawn returned to Harriet in Wednesday’s episode (May 29) and begged for her forgiveness as well as help getting son, Lucas, back.

Although Harriet agreed to help, Ryan turned up and said Dawn had tried to reach out to him too and insisted she was conning Harriet.

When Harriet changed her mind about helping her, Dawn went off drinking and rang her old dealer.

Will turned up in the village again yesterday (Thursday May 30) saying he received a call from Dawn and all he could make out was the word “cricket”.

Harriet knew she was in the cricket pavilion and the pair went to get her, luckily discovering she hadn’t taken the drugs.

Although Harriet stormed off saying she didn’t want anything to do with Will anymore, he went to her house to apologise.

Of course as one thing led to another, the pair ended up passionately kissing.

Viewers have been left divided. Some love the idea of Harriet and Will being a couple and have even branded them “Williet”.

Harriet and Will sitting in a tree. #Emmerdale I want them together.

HARRIET AND WILL ARE ON FIRE 🔥😍 #emmerdale

WOW 😱
He declares he hates her
She says she loved him and still loves Dawn
Argument ensues and now they can’t keep their hands off each other 🤣❤️🤯 #Emmerdale hello #Williet pic.twitter.com/000lBW8flq

Others don’t like the idea. He did try to kill her, after all!

FFS Harriet come on!! That was the worst ending 😣 #Emmerdale

Oh dear, Harriet. What are you playing at? #Emmerdale

I have seriously lost all my sympathy now for Harriet.. Unbelievable #Emmerdale

Emmerdale viewers know that Harriet had Will put into prison.

Before her life in Emmerdale, Harriet was an undercover police officer.

She went into an undercover operation for five years as ‘Michelle’, faking a relationship with Will who was a known drug dealer and becoming a mother figure to his daughter Dawn.

Harriet eventually collected enough evidence for him to be sent down.

After his time in prison, he went to a halfway house where it was believed he died, however it was revealed he was alive after returning to attack Harriet.

What do you think of Harriet and Will? Leave us a comment on our Facebook page @EntertainmentDailyFix and let us know what you think!